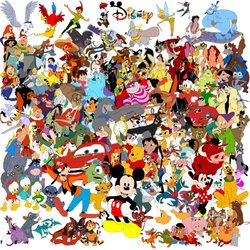 it's a battle between these three movies:

I don't have that one movie, that I could pick... If we're talking classic and/or CG anime/animation (Stop Motion included) I'd say the following:
- Ghost in the Shell
- The Girl Who Leapt Through Time (Toki o kakeru shôjo)
- The Lego Movie
- Coraline
- Nightmare before Christmas
- Animatrix (in my eyes most of the shorts are amazing. Really like "World Record", "Kid's Story" and "A Detective Story")
- X - The Movie (although it must have been more than 5 years or so since I last watched it; perhaps it wouldn't be on this list after I rewatch it..)

Yeah, I know there's no Ghibli movie in it, but that doesn't mean I don't like 'em. It's just that I favor others a lil more.
Further honorable mentions: Akira, Cowboy Bebop The Movie, Princess Mononoke, Wall-E, Grave of the Fireflies, Inside Out, The Man Who Planted Trees (watch it on Youtube for free), ParaNorman, Mary & Max, Persepolis, Paprika, Heavy Metal, Daft Punk - Interstella 5555, 5 Centimeters per Second, Plague Dogs

Dammit I have to stop now, otherwise it'd be too much.

From time to time there are some movies, that I'd file under special interest and not as a classic animated movie, such as:
- Waking Life
- A Scanner Darkly
- The Congress
- Waltz with Bashir
Last edited: Oct 10, 2017
Reactions: PunkNinja

Yea there are too many to list. @PunkNinja May be you should make it strictly Japanese animation or at least Asian animation since there are some good animation from other parts of Asia as well. And possibly create another thread for CG/stop motion animation? I dont know. Just a suggestion.

I'll just stick to Japanese anime for this list. And if we're doing favorites:
There are probably others i'm not thinking of right now. Damn, that's a lot still

Just started the original run of Neon Genesis Evangellion- both on recommendation, and because the Director of the series directed two other Anime series that I adore: Wolf's Rain and Kikaider: The Animation.
I like it a lot so far.
Reactions: PunkNinja

I love Miyazaki's "Castle in the Sky".

Okay- after some deliberation- I think my favorite is
Uchuu Senkan Yamato 2199
Reactions: PunkNinja
M

My fave and most recent is The red turtle.

Ghost in the Shell, without question.
The Iron Giant is a close second!
M

Those are all shows though.
How about films?

Toy story 1, 2 or 3 are equally great. The 4th is ok but those 3 are just the best. also like a lot the Despicable movies and the indestructibles

Fate/stay night: unlimited blade works season 2(As you can see in my avatar, My favorite character is Archer)
kimetsu no yaiba (I finished this anime a week ago, and I got to say this anime is a masterpiece)
Tokyo ghoul season 2(my favorite part in the last episode when kaneki carry hide in the street)
one punch man
overlord
shokugeki no soma(I heard the ending in the manga is worst, I hope they change it in anime)

Akira has to be one of my all-time favourites along with the Toy Story films.
Used to watch a ton of Anime years back like Guyver, Ghost in the Shell, Appleseed to name a few but recently I've been watching Dragon Ball z as my boys big into it

Robles said:
Akira has to be one of my all-time favourites along with the Toy Story films.
Used to watch a ton of Anime years back like Guyver, Ghost in the Shell, Appleseed to name a few but recently I've been watching Dragon Ball z as my boys big into it

Good on your boys

. DBZ is EPIC! My fav.
Reactions: Robles and Billy Talent

AlienKing said:
Good on your boys

Well hell in that case DRAGONBALL Z BROLY THE LEGENDARY SUPER SAIJAN the 1993 version, I do enjoy the newer one Dragon ball Super broly but prefer the 1993 look.


Also top of my head loads I am missing btw:

Billy Talent said:
Well hell in that case DRAGONBALL Z BROLY THE LEGENDARY SUPER SAIJAN the 1993 version, I do enjoy the newer one Dragon ball Super broly but prefer the 1993 look.


Also top of my head loads I am missing btw:

Yes, I also prefer the look of the 90s but I thought the newer one had a better story. Both voiced by the same English actor I believe, until Funimation fired him.
Reactions: Billy Talent

the new broly movie is great, but tbh i cant remember the original one... watched it 23 years ago

Top 5
1. Castle in the Sky
2. Nausicaa of the Valley of the Wind
3. Akira - it absolutely blew me away when it first came out. Technical masterpiece.
4. Your Name - beautiful, I think it's the only animation I've ever cried watching