You are using an out of date browser. It may not display this or other websites correctly.
You should upgrade or use an alternative browser.
Added to Calendar: 12-07-21

could be really nice steel
T

Looks like they're going for the old hollywood feel from the Sullivan's Travels poster
Reactions: Shark

So long as that yellow isn’t cheap looking streaky matte this could be a really nice one.
Reactions: kitsune

BB sure milking the steelbook releases. Must be the only physical media still selling. 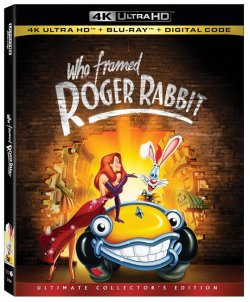 Reactions: RMA, Robles, Flloydo and 5 others

The back not as much.

Wow, this is a fun one

That art’s a bit of a letdown compared to the old Zavvi one from a few years back.
Reactions: RMA, tono06 and crib79

Interesting - agree that the amaray artwork would work better with a nice gloss finish
Reactions: djjez83 and paulboland

Oooohhh I do like the steel art but yeah that is much better.
Reactions: paulboland
I

anybody know if this is USA only?

Inb4LoKi said:
anybody know if this is USA only?
Click to expand...

Right now it is.
L

Don't like that steelbook at all. The normal amaray is way better..... Shame but it'll be the amaray I'll be buying....
Reactions: djjez83 and paulboland
Show hidden low quality content