Just noticed that there had only been 2 posts in this thread until your post. Real popular movie lol.
Reactions: kaw and dfoles

i used to liked the older art, this looks like the mocking jay, not in a rush to get this so i will wait to see other options out there.....

I personally liked the original artwork more, but I'll have to see what this one looks like in person.

For those interested, IGN posted some details about the Steelbook's art:


We have an exclusive first look at the Dark Phoenix steelbook packaging, painted by New Mutants and Elektra: Assassin artist Bill Sienkiewicz.

We had the chance to talk with Sienkiewicz over the phone about the process of designing the steelbook art and get his thoughts on lending his own touch to a beloved story from the X-Men comics. Sienkiewicz told us that, despite not having worked on the original Dark Phoenix Saga from the comics, Fox approached him for the job because his unique art style was a match for the tone of the movie.

"For me, it was an opportunity to take what they were doing in the film and imbue it with a lot of the stuff I would have liked to have seen in the comics," said Sienkiewicz. "It's always an interesting mash-up."

Sienkiewicz noted that the rebooted X-Men series shares as much in common with his New Mutants work as it does the traditional X-Men comics.

"Even though the X-Men and New Mutants are sort of corollary, and the New Mutants are sort of a younger version of the X-Men and have their own essence, what they did with the relaunch... and going away from the earlier Bryan Singer versions to the newer ones with [James] McAvoy and [Michael] Fassbender and Jennifer Lawrence, I always sort of viewed them in the same way."

Sienkiewicz told us one of the benefits of the assignment was an opportunity to move away from the traditional studio approach to movie posters and DVD covers and focus on the abstract design of the Phoenix. "I liked the idea of going simple and graphic with it. And then the back cover with just the X there. It works really wonderfully as a bookend, from the Phoenix on the front cover to the after-image of the X on the back cover, and then you have all the figures inside... It tells the story. It doesn't assault you with 50 characters on the cover. It says everything you need to know."

According to Sienkiewicz, because the steelbook cover is being marketed to a more collector-oriented audience, he faced few restrictions with his designs other than the need to adhere to the studio's actor likeness clauses. "The main thing is to nail the likenesses, but also just to run with the design and my technique, which can be everything from photorealistic to complete Abstract Expressionism. If anything, they were almost encouraging me to push it, which is usually not what you see in more of a commercial assignment. I couldn't be more thrilled with the collaborative process."

For fans who want to get their hands on this image ahead of the steelbook's release, Siekiewicz will also be holding a signing event at Comic-Con this week. The event will run from 2-4pm PST on Thursday, July 18 at Sienkiewicz's booth (#2614), with fans able to claim a limited number of free, signed art prints featuring his Dark Phoenix artwork.
Click to expand... 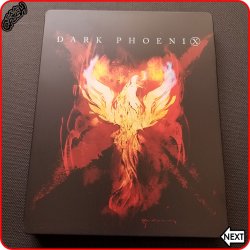 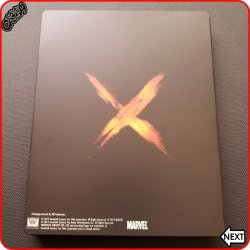 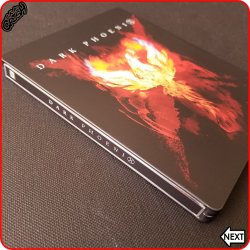 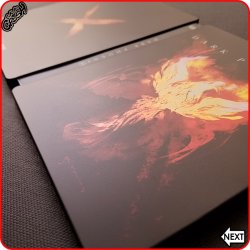 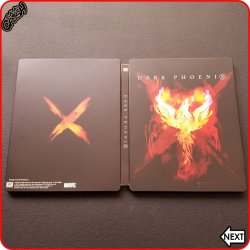 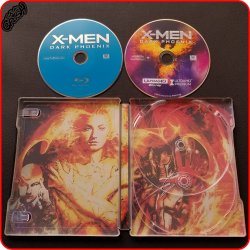 Hopefully Europe has a different finished

Should be glossy or I may just wait for the BluFans release.

With the way this looks it's definitely going to need a slip for it. It really sux that the standard plastic cased editions always get the good artwork and the steelbooks get the crap artwork. Ya know, it should be the other way around.

Great pics as always of this nice, clean steelbook . . . only bit of a pity about the text on the back and the apparent lack of spot gloss or metallic reflections to the artwork.

Think my previous question has now been answered - the squiggle under the artwork is indeed the great man's signature:- Same zero finish according to steelbook.com

Even worse than expected.....

i just received my Italian version and i couldnt find where to post this so i'm sorry lol i went ahead and got it from them since it was super cheap and i have all the other steelbooks from the saga so i had to get this, i hold on at the beginning coz i was waiting for a better release but it seems thats all we are not getting any other art for this.......not happy with this but oh well.
Reactions: Orange Splice

tono06 said:
i just received my Italian version and i couldnt find where to post this so i'm sorry lol i went ahead and got it from them since it was super cheap and i have all the other steelbooks from the saga so i had to get this, i hold on at the beginning coz i was waiting for a better release but it seems thats all we are not getting any other art for this.......not happy with this but oh well.
Click to expand...

How is the finish on the Italian version? Is it the same matte finish as Best Buy's in the US? Also, does it have "X-men" on the front/spine? Thanks!

Same finished and it has title in front n spine
Reactions: Orange Splice

tono06 said:
Same finished and it has title in front n spine
Click to expand...