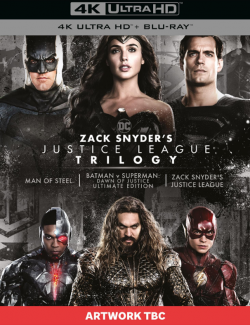 Rep of Ireland and UK
FREE Registered Delivery on orders >€50
If you want Priority Registered & Signed Delivery shipping is €10.00 This release is shipping to Rep of Ireland Address only

You can though order other items from their website if you based outside Rep of Ireland
Reactions: sinusR2

Golden Discs have a loyalty club

How it works: For every €10 you spend you will be awarded 1 ‘Golden Disc’ to your account, and once you have filled your card (20 discs), we will give you €10 off your next purchase

When you create a new account you are provided with 5 Golden Disc meaning you only need 15 golden discs to get €10.00 off your next purchase

That's a first. An Irish exclusive.

Tower paid the artist when all product was sold

If any not sold they was returned to the artist

Dawson Street store was originally based in Wicklow Street


If you into documentary on Music/Video Retail
Give All Things Must Pass: The Rise and Fall of Tower Records a Viewing
It's availavle to stream online with the usual streaming providers and on Youtube
Last edited: Jul 27, 2021
Reactions: kierano

Cheers Paul for all the info above. I didn't relies that Tower Records was still opened here in Ireland.
I used to travel up from Cork, and go to Tower Records for its CD's / LPs. They always had the imports you wouldn't find in any other shops.
Reactions: paulboland

kierano said:
Cheers Paul for all the info above. I didn't relies that Tower Records was still opened here in Ireland.
I used to travel up from Cork, and go to Tower Records for its CD's / LPs. They always had the imports you wouldn't find in any other shops.
Click to expand...

Also lot of imports from Japan/Germany/Holland and other countries

If you used to visit tower records Wicklow Street store between 1995 -2000 upstairs most of stock you would have seen I bought for the store.

I left tower records in November 2000 to manage a second hand store that sold books music and films and was also involved in planning on opening my own music/film store but had to cancel that due family health issues the money was needed for that instead.

DVD also had the best market share in sales in Ireland

I work in security now it pays a lot better lol

I was great working for tower but the pay was not the best they took advantage of staff love for music and films
Last edited: Jul 27, 2021
Reactions: MrSquifler and kierano