Previous HMV exclusive in the UK

This is getting a re-release in Europe
Zavvi have exclusive for the re-release in the UK
Price when live will most likely be £15.99
Last edited: Jul 1, 2017
Reactions: donfranchute

im in because i dont like the HMV exclusive b4 thank u
Reactions: neo

Konflick said:
im in because i dont like the HMV exclusive b4 thank u
Click to expand...

I'd be interested if it had gloss finish. And it was cheap.
Reactions: tono06

ChrisIW said:
I'd be interested if it had gloss finish. And it was cheap.
Click to expand...

paulboland said:
It's the same previously HMV released steelbook as far as I know but that's to be confirmed

Lot of previous HMV UK exclusives and other previously release steelbooks getting a re-release in Europe same artwork and finish as before with various retailers with Zavvi getting exclusive for the UK
Click to expand...

so is this a re release?
Your not making it clear
Reactions: GoDo, BDDB and snooloui

I like the art. I also enjoyed the movie despite for all the hate it gets, a good popcorn action flick. So it will be available in various european countries? Is this confirmed? Thank you.

Flloydo said:
so is this a re release?
Your not making it clear
Click to expand...

Mr.Vorhees said:
I like the art. I also enjoyed the movie despite for all the hate it gets, a good popcorn action flick. So it will be available in various european countries? Is this confirmed? Thank you.
Click to expand...

Only difference is Italy Jcard have Italian Text
Steelbook itself is the same
Last edited: Jul 1, 2017
Reactions: Mr.Vorhees

paulboland said:
Re-Release in Europe so Zavvi listing is the same steelbook
Zavvi will update the website at some stage with the Artwork

It's expected to be the same in UK as the announced European re-release
Click to expand...

Lol I was taking the p*ss
Reactions: GoDo, snooloui and paulboland

Flloydo said:
Lol I was taking the p*ss
Click to expand...

I'd be interested if the movie was actually any good

Hopefully The HMV Thor gets a re- release!
Reactions: RyanD

Christ if that gets released expect a mighty uproar and on the flip side relieved buyers who don't own one.

I like this, it's a lot better than the all black Canadian edition.

And while they're at it, "Captain America" & "Drive"

I find it utterly disgraceful that we have been duped into believing that a particular release is LIMITED in number, only for whoever decided to release these (be it the studio producing more, or Zavvi stockpiling them for a later date) to go and announce more several years later - with the EXACT SAME ARTWORK no less! So regardless of whether this is a new print run or just new old stock that has been hoarded for the last three years in a warehouse somewhere, it is deceiving to lead consumers into believing that a product is limited in number when in actual fact what they really mean is that it's limited for a specific time only!

There really needs to be more transparency here. Some collectors may argue, "but we missed out the first time around" or "we are too tight to pay eBay prices", and those newbies are lapping it up because they don't see the bigger picture here. It's not about resale values or collectability anymore - it's about being deceived by retailers like Zavvi, and the shenanigans they continuously pull on their customers! It's stunts like this that lost them their loyal consumer base in the first place, as more and more veteran SteelBook collectors get fed-up of these tricks.

Consumer watchdogs should be brought in to investigate whether unlawful business trading practices have been breached, because to me they have. Advertising a product as "LIMITED TO 1,000" should mean that there are only 1,000 of that product. Not "Limited to 1,000 now, but we'll release another few thousand a few years down the line for those who missed out on these"! This is essentially the same as a country printing new currency to try to escape a depression

Thor and Captain America were Paramount releases I believe.

Looks like all these re-releases are from Sony though.

Where did the artwork photo come from for this? Is it from Amazon Italy?

If this is the finished product then it's completely different to the original HMV UK one but the same as the previous French one..... 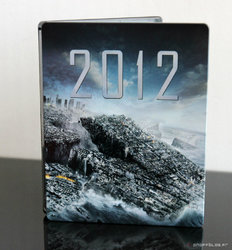 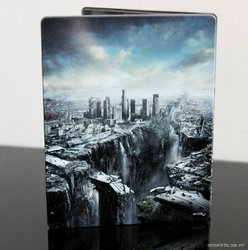 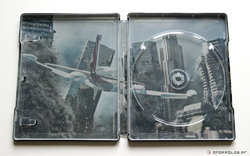 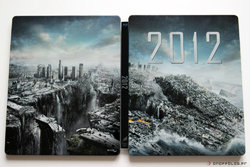 Blu-ray SteelBook Wednesday at 7:59 AM
JinxyKatte