First is a powerful Captain America poster from Phantom City Creative, which serves as a companion piece to this PCC poster we released for the first Avengers film way back in 2012. The good Captain turns 80 years old this year, but you'd never know it since the First Avenger can still wield Mjolnir with the mightiest of them all.

Next up we've got a new poster by Michael Cho for the Fantastic Four... who are celebrating 60 years of being Marvel's first family and the world's greatest comic magazine. We worked with Michael on a poster for the X-Men last year, and are happy to partner with him again on a poster honoring some of Marvel's best heroes. 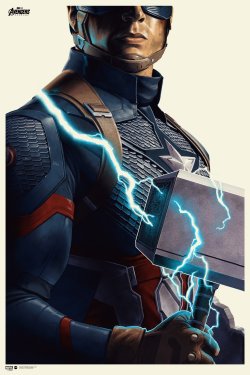 Anyone here get one?

digitalbabe_LV426 said:
Anyone here get one?
Click to expand...

I passed on it, personally
Show hidden low quality content