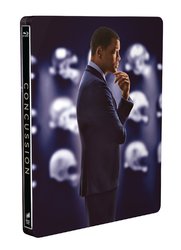 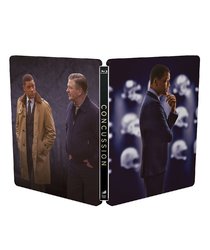 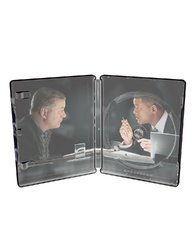 Decent film but waiting for that inevitable price drop.

Does anyone have any discount codes that will work for this? Will Smith is phenomenal in this role, but the movie itself is a bit underwhelming. But I will get it regardless since it was filmed in Pittsburgh and I got to be an extra.
Reactions: Flloydo, jailbird_joey and Butz2k
M

Butz2k said:
Does anyone have any discount codes that will work for this?
Click to expand...

I tried this when it first went live and couldn't get it to work... tried it again just now after reading your post and still no luck. Am I missing something?

It's a decent movie but I'll give this a miss as I've got a few other titles I'm really interested in.

Haven't seen this yet.

Good story let down by a poor Will Smith, he really needs to stop Oscar bating and just do what he does best.

Noodles said:
I tried this when it first went live and couldn't get it to work... tried it again just now after reading your post and still no luck. Am I missing something?
Click to expand...

No codes working for this, and I've tried them all.

No mention of it being a Zavvi exclusive although it's early days yet and as Amazon already has its own *2 disc Amaray exclusive it's possible this steelbook will indeed be a Zavvi exclusive - an inferior steelbook without the second disc (which is (probably) more interesting and thought-provoking than the film itself ).

* Disc 2 in the Amazon Exclusive - PBS LEAGUE OF DENIAL THE NFL'S CONCUSSION CRISIS is a shocker and I can say that because I've just had a taste of it by watching the trailer.
(I used to play rugger at school and tackling around the legs was the only way allowed. No comment to make about American footballers tackling around the neck etc. out of respect to fans of the sport).
This exclusive disc contains, and I quote:-
"A special two hour investigation revealing the hidden stories of the NFL and brain injuries. The National Football League, a multi-billion dollar commercial juggernaut, presiding over America's undisputed national pastime. However, the NFL is under assault with thousands of players claiming the League tried to cover up how football inflicted long-term brain injuries on many players. This special investigation attempts to get answers to the questions 'What did the NFL know ?' and 'When did it know it ?'"
Last edited: Feb 23, 2016

Unless you love this film mate I would wait on a price drop
Click to expand...

Wouldn't say I loved it, but I did enjoy it. Will Smith was great if you ask me. And don't worry mate, I'll be waiting for the inevitable price drop, as I often do.

i prefer the Amazon UK exclusive, Blu-ray + a 2 hour documentary (The League of Denial)
Reactions: SteelbookGenius666

Now up at amazon.

I wont be buying this solely out of protest. I'm sick of the Smith Clan playing the race card, especially at this Year's Oscars when the Smith's complained that us movie fans and the Oscars are racist because there were no Black nominations in any category - that's because there were no films with leading or supporting Black actors good enough to be nominated and it has nothing to do with racism. Shame on Mr and Mrs Smith and they have lost my respect and my purcahse of this SB.

God, that design's so horrible to me.

Catch Me If You Can - 20th Anniversary (Blu-ray SteelBook) [UK]