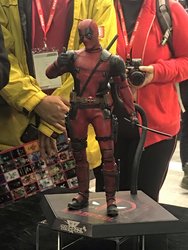 Thanks for the tag !
Absolutely .. as good as the Sideshow ver is, I can happily pass on that for this movie ver Marvel’s most unconventional superhero, Deadpool, will finally hit the silver screen in full glory with his over-the-top personality, dark twisted sense of humor, and tendency to break the fourth wall which fans have always loved! Today, Hot Toys is very excited to officially introduce the one and only 1/6th scale Deadpool collectible figure based on the upcoming Deadpool movie!

In this new film, the origin story of former Special Forces operative turned mercenary Wade Wilson will be unfolded, who after being subjected to a rogue experiment that leaves him with accelerated healing powers, adopts the alter ego Deadpool. Armed with his new abilities and a dark, twisted sense of humor, Deadpool hunts down the man who nearly destroyed his life.

You just can’t pass up on this opportunity to add the beloved Merc with a Mouth to your collection and witness the beginning of a happy ending.
Click to expand... 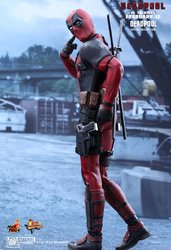 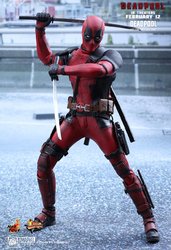 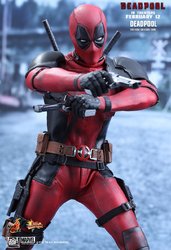 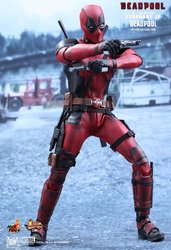 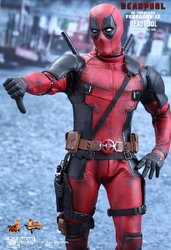 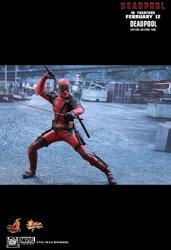 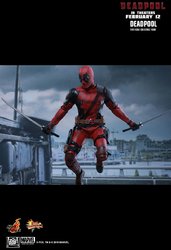 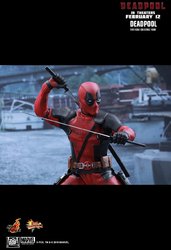 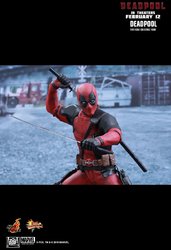 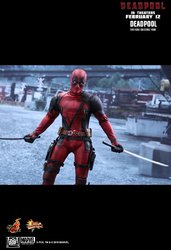 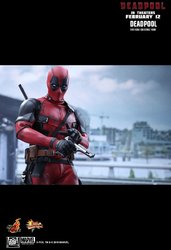 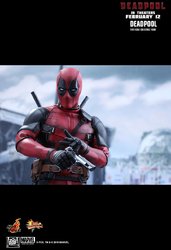 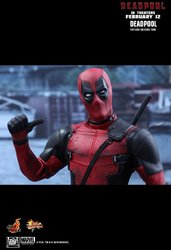 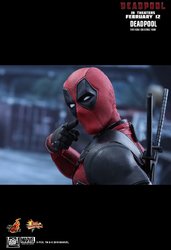 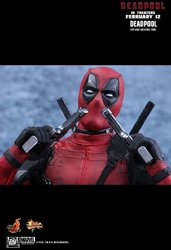 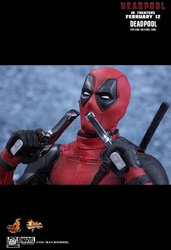 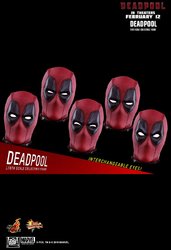 That may be one of their best figures yet. I'm guessing it will be a hot seller as well since he seems to be a pretty popular character.

Looks Amazing! This goes high on the want list. Any on sale details?

kaw said:
Any on sale details?
Click to expand...

You can expect Sideshow to announce preorder details in the next couple of days
Reactions: kaw

i don't know if i should buy it!! i very like it because its the original suit of the upcoming movie but i have already the sideshow exclusive one, and i very like it too.. tough choice.. help me guys

fishvtec said:
i don't know if i should buy it!! i very like it because its the original suit of the upcoming movie but i have already the sideshow exclusive one, and i very like it too.. tough choice.. help me guys
Click to expand...

I can't help as I would just say GO FOR IT as it's different from the Sideshow edition as this one is for the movie and a LOT of tiny difference IMO!