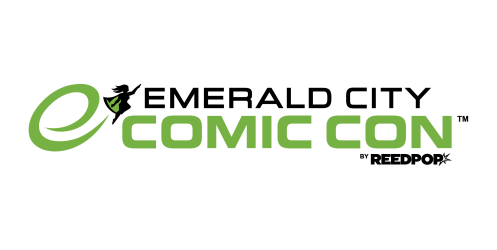 Cryptozoic will also have copies of several of its major games, including Batman: The Dark Knight Returns — The Game, Steven Rhodes Games Vol. 1, and numerous titles in the hugely popular DC Deck-Building Game and Epic Spell Wars series.

“We are excited to return to Seattle and show off all the latest and greatest collectibles and games we’ve been working on,” said Shahriar Fouladi, Director of Product Development & Marketing at Cryptozoic. “Cryptkins are always a favorite, so we think collectors will love our exclusive Cosmic Bigfoot figure. The show will also be one of the first opportunities to buy our new Harley Quinn figure. Our motto is ‘Fans First’ so shows like ECCC are an amazing opportunity for us to interact with fans and hear what they want to see in future products.”


Cryptozoic’s exclusive and new collectibles at the show include:

Cosmic Bigfoot (Cryptkins Unleashed): This figure from Cryptozoic’s popular Cryptkins Unleashed line is part of the Cosmic variant series, sporting eye-catching translucent green-and-yellow paint and glitter. The 5-inch collectible comes packaged in a window box with a foil sticker marking it as “Exclusive Species.” It will sell for $25. 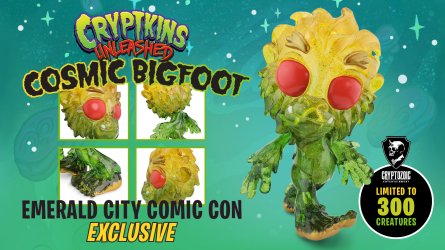 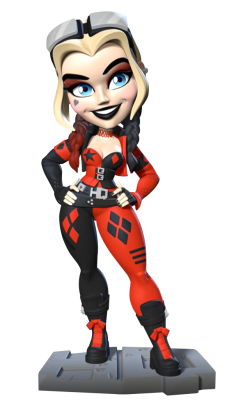 Batman Batarang Statue: Gotham City Grit Edition: The latest in Cryptozoic’s line of DC Hand Statues brings the iconic Batman Batarang hand statue back, but with a twist. For this second edition release, it features the “Gotham City Grit'' treatment, a pass of distressing that shows the Caped Crusader has been through the ringer, working hard to save the city. The highly detailed statue is individually numbered and will be available for $74.99. 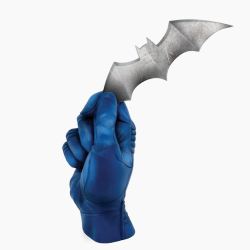 Finally, Cryptozoic will showcase its games at ECC, including the following recent releases:

Batman: The Dark Knight Returns — The Game: In this solo board game experience, a player can don the cape and cowl and journey through Frank Miller’s iconic comic book series. Instead of traditional leveling up, this is a game of attrition as the player must battle a relentless tide of ruthless mutants, cops, and press looking to bring you down, plus iconic bosses like Two-Face, The Joker, the Mutant Leader, and even Superman. The game is played over the course of four epic “Books,” each with unique rules, allies, abilities, and epic boss battles. It is available in both a regular edition ($64.99) and a Deluxe Edition ($109.99) featuring 17 highly detailed miniature figures. 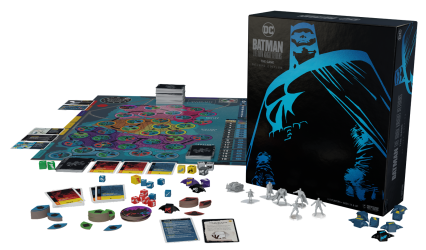 Steven Rhodes Games Vol. 1: These three games are based on the artwork of Steven Rhodes, an illustrator best known for his offbeat reimagining of children’s activity books from the 1970s and 1980s. Each 2-6 player game features fast-paced, easy-to-learn gameplay with very little setup time, while offering hidden depth to satisfy hardcore gamers. Reflecting the comical retro worlds in the games, the titles hail from Dynomite Games, an old-school sub-brand of Cryptozoic. Each game will be available for $19.99. 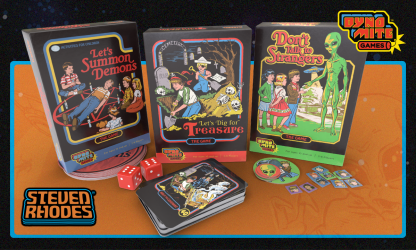