The week is swinging on by, and we’re tremendously thankful for everybody enjoying our attempt at bringing the comic-con art experience right to the safety of your home! Our last day of regular releases (right before Raid71’s Batman: The Animated Series gallery show this Friday) is filled with comic inspired art from some of our favorite artists!

First up, Matt Ferguson thwips into action with his officially licensed print for Spider-Man: Homecoming, and pub crawls his way to the conclusion of Edgar Wright’s Cornetto Trilogy, The World’s End. Matt’s Marvel work is always marvelous, and we’re always excited for more art with Simon Pegg and Nick Frost!

We’re shifting from DC Comics’ past to the future with Dave Perillo’s print for Batman Beyond! Terry McGinnis as future Batman was one of the first interesting and successful future superheroes from the late 90s, due in large part to Paul Dini and Bruce Timm using Beyond as a continuation of their Batman: The Animated Series. Rad villains, cool future slang, and of course, Old Man Bruce--Dave’s print is beyond awesome.

Lastly, Jack C. Gregory reinterprets one of the most intense scenes from Christopher Nolan’s The Dark Knight: Joker’s hostage video with a fake Batman. The danger and intensity behind Heath Ledger’s Joker is fully realized during the hostage video, and Jack’s print is visceral and vicious, perfectly reflecting the scene!

All of these will be available for purchase Thursday (7/16) @ 12PM ET on our homepage, Bottleneckgallery.com! 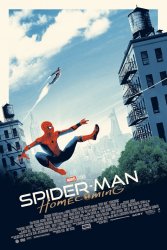