If this campaign is successfully backed, the offering will include:

Help us defeat the Rancor – you’re our only hope! Limit of 5 customer. This crowdfunded project will run from October 22nd to December 6th. If successful, the project will begin shipping Spring 2023. It’s time for the first EVER Star Wars™: The Black Series HasLab creation: Rancor™! If this campaign is successfully backed, the offering will... For the first time ever, The Black Series has arrived at HasLab. After the success of other iconic Star Wars projects like The Vintage Collection’s Razor Crest™ and the outpouring of fan requests, we knew without a doubt The Black Series needed to be represented. Wait no longer, fans and collectors; we’re here with something epic. A towering figure with a formidable arm span, measuring 42 inches (106.68 cm) from talon to talon. A figure that evokes the nostalgia of another era. A figure that embodies the thrill of Star Wars: Return of the Jedi™. The Rancor™.

A terrifying and mesmerizing creature, the Rancor is an unforgettable part of the Star Wars galaxy. When the team began to think about The Black Series HasLab project, the Rancor was the undisputed winner. It’s even one of our designer’s favorite movie monsters of ALL TIME. How could it not be?! A ferocious and formidable opponent whose commanding size and brute force strength is enough to rattle even the most powerful Jedi™. And HasLab is the only way to bring the Rancor to you. Here we have the freedom to breathe new life into classic figures in an extraordinary out-of-the-box way, creating legendary sculpts to add to your collection. Join us by funding this larger-than-life monster now!
This crowdfunded project will run from October 22nd to December 6th. If successful, the project will begin shipping in Spring 2023.

Get to Know the Rancor​

Do you remember how it felt the first time you saw the trapdoor of Jabba’s palace slide away to reveal the hungry Rancor below, awaiting it’s Twi’lek™ snack? Relive that thrilling, heart-pounding moment in Star Wars history by bringing Rancor to life in action figure form. Not just any action figure, but one that’s so epic it transports you back to the first time you witnessed this unforgettable monstrosity on the big screen. With all-new craftsmanship and extraordinary detail, the Rancor figure will send you on a nostalgic journey through the galaxy. Level up your collection with this iconic creature and show off your Star Wars fandom. To make this possible we need YOUR help. Join us by funding this mission now!
But the galactic action doesn’t stop there… Once we’ve reached our initial goals to free the Rancor from its prison and go into production, we’ll still need your assistance to unlock up to 4 mysterious tiers. Fund them today to find out what they are and jump this project into lightspeed!
There are 4 tier unlocks planned for this HasLab project, the first being at 11k backers, the second being at 13.5k backers. Stay tuned for more info throughout the campaign for more details on what these unlocks will be! 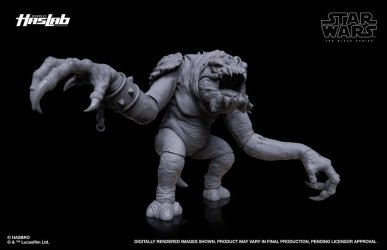 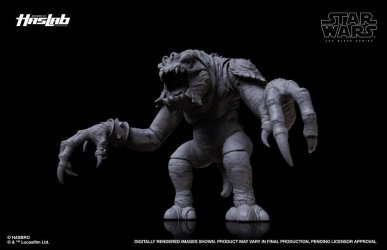 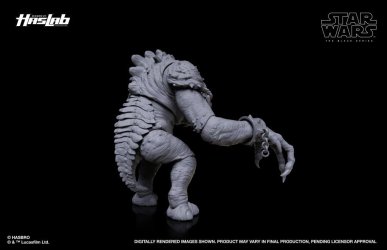 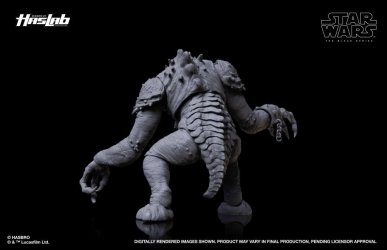 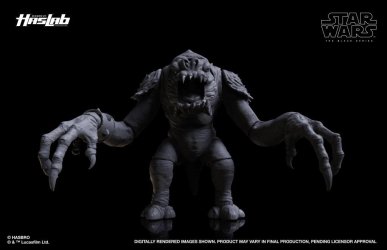 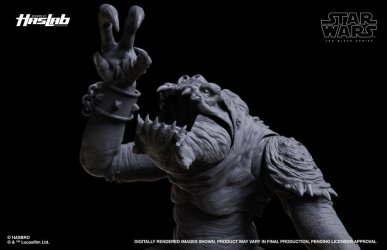 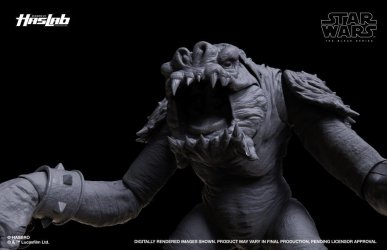 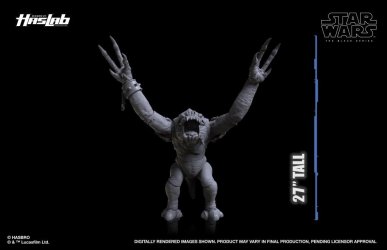 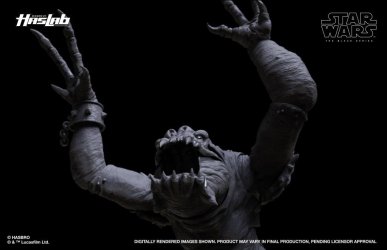 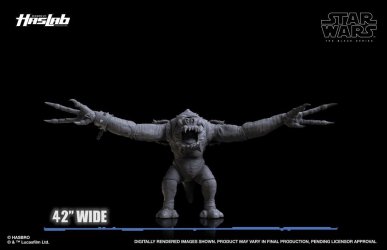 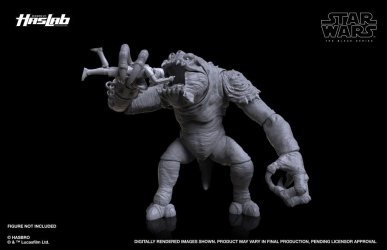 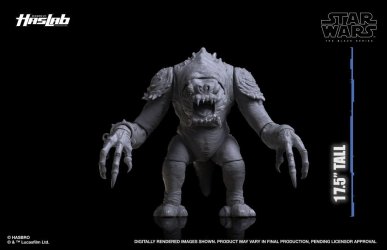 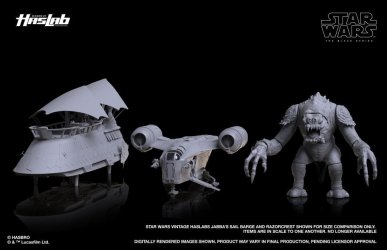 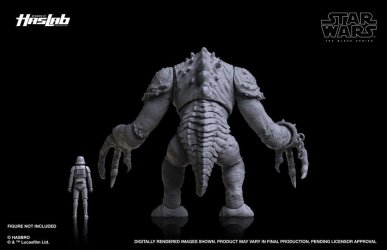 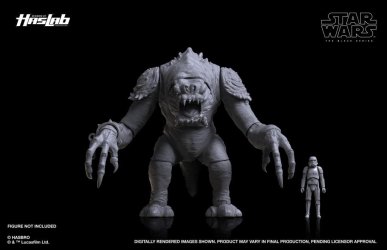 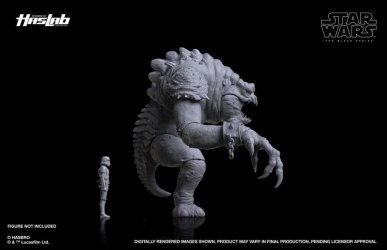