The Most Cutting-Edge Star Wars HasLab Project Yet …

Star Wars fans, get ready: The Black Series is introducing a HasLab project like no other!

You’ve seen how we’ve brought iconic Star Wars scenes to life with detailed LED Force FX Elite sabers. But this HasLab project is bringing fans something entirely new: The Black Series’ first integrated double-bladed Force FX Elite LIGHTSABER™. This roleplay item comes with the features you love—including progressive ignition, blaster deflect, battle clash effect, and more. With the coordinated attack technology in the hilt and both blades installed, LED animation and effect sequences play out across the entire 6.5 feet lightsaber! Battle the Jedi™ with both blades at play or just one—you’re in control.

When we first see her, it’s a flash of a black uniform … a bright red blade … and a ruthless expression. This Force-sensitive villain is more than a match for the Jedi—and is an unforgettable new character in Star Wars entertainment.

Are you ready to help Inquisitor Reva on her mission?

For the first time in live-action entertainment, Inquisitor Reva and her double-bladed LIGHTSABER™ made their debut in the Star Wars series Obi-Wan Kenobi™ streaming only on Disney+. And only HasLab can bring her iconic lightsaber from onscreen battle scenes right into your hands.

Inquisitor Reva—also known as The Third Sister—is calculating, ambitious, and will stop at nothing to bring down the Jedi. Inquisitors were tasked by Darth Vader™ with a mission to destroy all children of the Force—giving them access to the Empire’s latest technologies, including the double-bladed lightsaber. It features dual modes—single- and double-bladed—ideal for disorienting and incapacitating enemies.

Now’s your chance to join the Inquisitors’ ranks with a lightsaber built to destroy even the most skillful remaining members of the Jedi Order™. With this premium roleplay item, you can gear up like an Inquisitor and relive key moments and thrilling battle scenes from Obi-Wan Kenobi—imagine the storytelling possibilities!

Imagine all the features you’ve come to love from The Black Series Force FX Elite LIGHTSABER™—taken to the next level. With coordinated attack technology, you can trigger realistic effects separately or across both blades! This integrated innovation transforms you into a formidable Jedi hunter as you weave through attacks with one or both blades in play.
Choose between half-circle and full-circle configuration with series-inspired sound and light FX--so you’re always prepared for the next attack 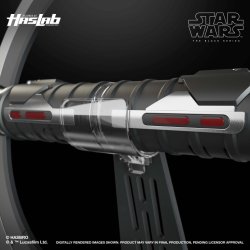 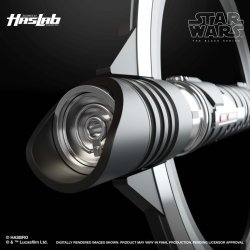 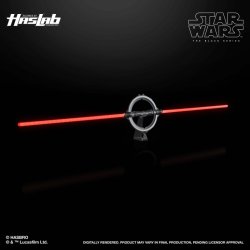 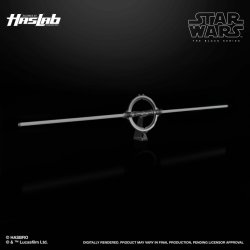 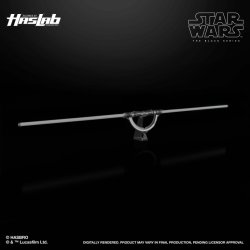 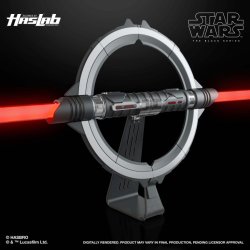 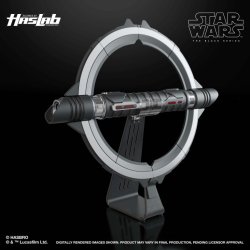 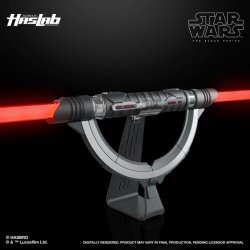 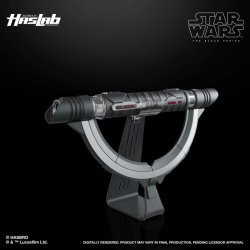 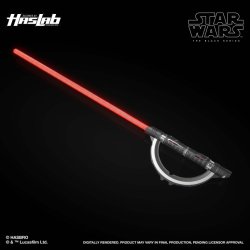