Hasbro, Inc. announces the return of Hasbro Pulse Con 2022 on Sept. 30 and Oct. 1, which promises fans one-of-a-kind experiences to celebrate the company’s iconic brands. Reaching fans in the US, Canada, UK and Germany, Hasbro Pulse Con will be livestreamed exclusively on the Hasbro Pulse YouTube channel.

Actor, influencer, artist, and entrepreneur Khleo Thomas returns to host this pop culture and fandom celebration and co-host DJ Amen will join him. The festivities will kick off with an exciting pre-show on Sept 30 at 8 a.m. PT.

“Connecting with our fans through Pulse Con and seeing their commitment and passion for our iconic brands is such a special time of year, and we’re thrilled to return bigger and better at the end of the month,” says Kwamina Crankson, Senior Vice President, General Manager of Hasbro Pulse. “By expanding our reach this year, we’re able to celebrate with fans in all-new territories. I’m excited to share our fan-focused programming – it will feature some unforgettable announcements, reveals and panels to highlight our brands and to connect with the best fans in the world.”

Additionally, Hasbro is partnering with Toys for Tots for this year’s event. For every viewer of Hasbro Pulse Con 2022, Hasbro will donate two toys or games to Toys for Tots, up to 60,000 pieces.

Attendees of Hasbro Pulse Con can expect a robust lineup of programming, including multiple new collaboration announcements and the highly anticipated launch of Hasbro Selfie Series, the new personalization platform that allows fans to add their own face to debuting figures with fan-favorite character costume designs from Marvel, G.I. JOE, Ghostbusters, and Power Rangers, as well as designs inspired by Star Wars™ heroes. Additional programming details and scheduling for Hasbro Pulse Con will be announced soon. To stay up-to-date, fans can sign up for the Hasbro Pulse newsletter, follow @HasbroPulse on Instagram and Facebook and visit HasbroPulseCon.com. 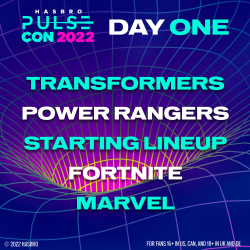 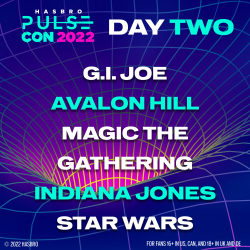 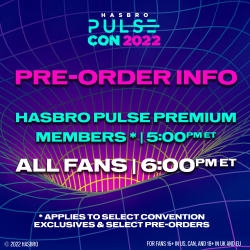 Throughout the two-day global event, viewers can look forward to unique segments and guest appearances both in the panels and in-depth content housed on the Hasbro Pulse YouTube Channel.

· Transformers: Join the Hasbro Transformers Franchise, Marketing, and Design teams as we reveal the next evolution of Transformers: Legacy. Get ready for a fusion of your favorite Transformers characters into the next phase of the Transformers Generations line. We’re bringing you the next figure in the Shattered Glass collection, and we have to say… he’s a pretty rad dude. The exclusive reveals continue as we roll out the origin story of one of the most legendary bots on Cybertron.

· Power Rangers: You won't want to miss this one, Ranger Nation! The Hasbro Pulse Con Power Rangers panel is packed full of news, sneak peeks and reveals brought to you by the Power Rangers team and some very special guests. Tune in for all the latest from the second half of “Power Rangers Dino Fury” season 29... and beyond. This panel is truly going to be morphinominal!

· Starting Lineup: The wait is over. Starting Lineup is back off the bench after 22 years, and we're back like you've never seen before! Join the team as we talk you through the thrilling relaunch, featuring our Series 1 NBA figures!

· Fortnite: Ready up, #Fortnite fans! Before you hop off the Battle Bus, join the Hasbro Pulse Con Fortnite Victory Royale Series panel as we explore epic exclusive content, news and reveals brought to you by the Fortnite team themselves, joined by some super special guests.

· G.I. JOE: It's time again! Join the G.I. JOE team with a new series of top secret, exciting reveals from the Classified Series. After that, get to know even more with an exclusive interview from legendary Real American Hero creator Larry Hama. Let's go, Joe!

· Avalon Hill: Hasbro Pulse Con is kicking off the Heroscape HasLab as panelists give a broad overview of the new story of Heroscape and deep dive into lore and product offerings (miniatures and terrain pieces). After the panel ends, the conversation continues on the Avalon Hill discord server! Gather your forces, gamers, because the next adventure is coming soon! Join the Avalon Hill team plus a very special guest, the panel will focus on the big gaming news this fall: the return of HEROSCAPE as our next HasLab crowdfunding campaign!

· Magic: The Gathering: Past, present, and future collide as members of the creative and design teams reveal secrets from the upcoming Brothers’ War expansion, a new Secret Lair and a partnership that will roll out sooner than you may think! Attendees will get a first look at previews from Brothers’ War, and maybe just a bit more as Magic kicks off its 30th anniversary celebration.

· Indiana Jones: Join members of the Hasbro Marketing & Design teams as they discuss, for the first time, the newly announced Indiana Jones product line, celebrating the classic films. Attendees will get an in-depth look at the products arriving to the line in 2023

· Star Wars: During this panel, fans can join members of the Hasbro Marketing & Design teams as they talk about the popular Star Wars line from Hasbro, including the Black Series and the Vintage Collection. Attendees will get an in-depth look at Hasbro’s latest action figure and premium roleplay offerings from throughout the saga. Word on the Holonet is there may also be a few surprises…

For this year’s event, Hasbro is partnering with Toys for Tots. For every viewer of Hasbro Pulse Con 2022, Hasbro will donate two toys or games to Toys for Tots, up to 60,000 pieces. 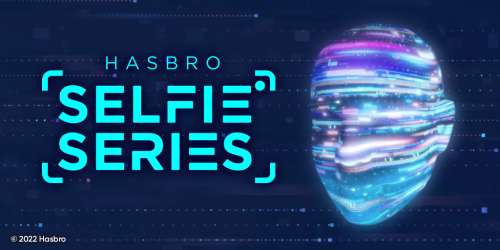 The virtual convention will celebrate the highly anticipated launch of Hasbro Selfie Series, the new personalization platform that allows fans to add their own face to debuting figures with fan-favorite character costume designs from Marvel, G.I. JOE, Ghostbusters, and Power Rangers, as well as designs inspired by Star Wars™ heroes. Starting this Friday, September 30, collectors who’ve always wanted to immortalize themselves as a six-inch action figure can download the Hasbro mobile app (on either Android or iOS) and use it to order a custom Selfie Series figure. But as you can probably imagine, placing an order is not quite as easy as buying a new release figure with a few clicks on the Hasbro Pulse website, given the customization involved with these. Per Gizmodo the figure is being moved up from $60 to $80. 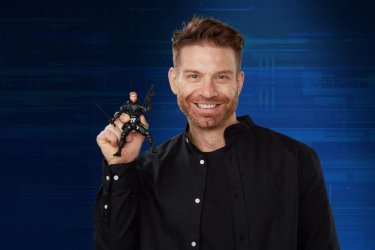 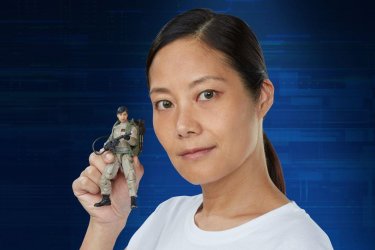 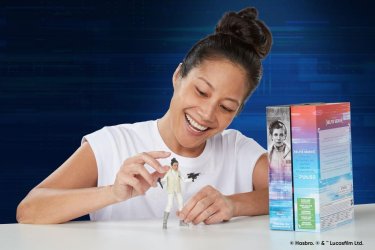 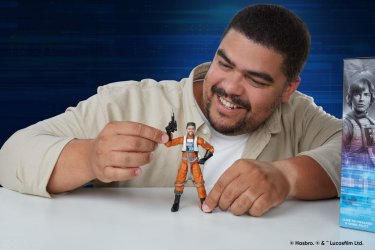 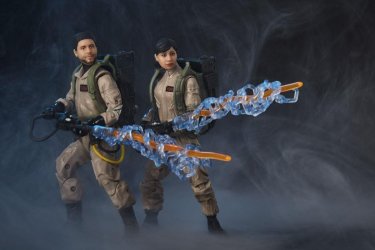