This Tuesday, Tom Whalen takes us Beyond to Neo-Gotham and then to the moon!

Paul Dini and Bruce Timm’s follow-up to Batman: The Animated Series, Batman Beyond, is still one of the best examples of a successful attempt at bringing established superheroes into the future. Terry’s time as Batman is marked by some truly wonderful character development and worldbuilding, as well as the dark depth that Dini and Timm so often interjected into their cartoons. We’ve teamed up with ISH to release Tom’s ode to the series, which showcases so many of our favorite characters from the show, including Old Man Bruce and Ace!

Tom’s poster for Haredevil Hare marks a momentous occasion for Looney Tunes lore--it’s the debut of the always ornery Marvin the Martian! Tom’s poster is dynamite, and nails the larger-than-life personalities of Bugs and Marvin.

Tom’s prints will be available for purchase Tuesday (3/9) @ 12PM ET on our homepage, Bottleneckgallery.com! 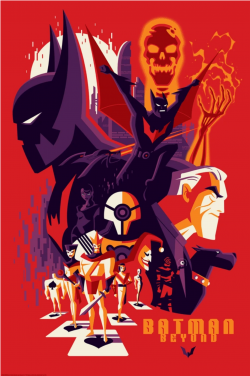 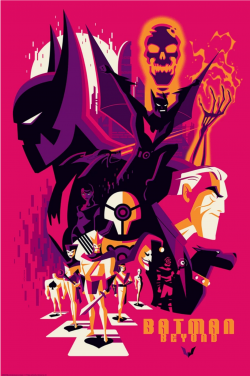