Dark Hall Mansion, under license from Authentic Hendrix and Bravado International, their worldwide licensing agent, is proud to release Naja Conrad-Hansen's gorgeous and varied interpretations of Jimi Hendrix. How striking? Sufficiently so that we were unable to pick and felt compelled to release each of her singular takes that so perfectly captured the tones and moods that shape Jimi's multidimensional personality. Be it Naja's bold, majestic and fashion-centric purple and red rock portraits or the extraordinary line work of her stunning and explosive pen and ink rendition, one that took months to complete, each edition is a gorgeous piece that instantly becomes the focal point of any room in which it is showcased. And know that Naja was most pleased with, and already submitted, her quiet and meditative piece, "Constellation Jimi," for a top illustrator's competition; printed on gold foil this is a select edition of only 25 pieces worldwide.

DHM is honored to have Naja Conrad-Hansen on for this elite project. As should come as no surprise Naja is a top worldwide fashion illustrator, hailing from Denmark she has been nominated and selected for the "200 Best Illustrators Worldwide" by Lürzer's archive 4 times in a row, the latest being "200 Best Illustrators Worldwide" 2014/2015. Working with top worldwide brands such as Hugo Boss, Louis Vuitton, Ralph Lauren and Fiorucci, Naja's work is also gallery exhibited and knows no constraints as she eloquently migrates between mediums. Suffice it to say you can expect to see more of Naja's work upcoming on other DHM releases.
Click to expand...

All editions are strictly limited, hand numbered, and screen printed. 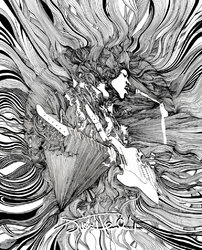 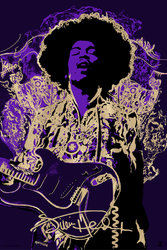 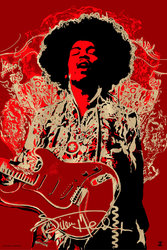 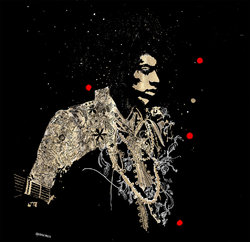 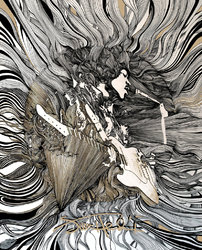