Mondo JOSIE AND THE PUSSYCATS Soundtrack with DuJour 7-Inch!

JOSIE AND THE PUSSYCATS Soundtrack with DuJour 7-Inch! 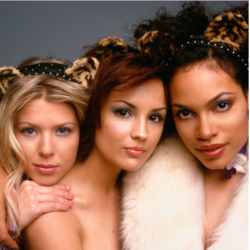 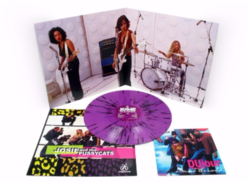 This week is a very special one. Mondo is proud to present the first-ever vinyl pressing of the soundtrack to the 2001 cult classic JOSIE AND THE PUSSYCATS.

Tomorrow (9/26) we are hosting a record release event in Los Angeles to celebrate, so if you are in the area please come and check it out! Get more details here.

As always, all new releases go on sale Wednesdays at NOON (CT).

Mondo is proud to present the first-ever vinyl pressing of the soundtrack to 2001's cult classic JOSIE AND THE PUSSYCATS. This reissue features a 12-page booklet of never-before-seen behind the scenes photos and all new liner notes by Emma Garland (Noisey). Comprised of interviews with Writer/Directors Deborah Kaplan and Harry Elfont, star Rachael Leigh Cook, and the voice of Josie, Kay Hanley.

Based on the Archie Comics characters of the same name, JOSIE takes the rock and roll trio into the world of 2000's-era MTV in a satirical masterpiece that skewers the consumerism masquerading as identity that - even to this day - surrounds the music industry.

The film struggled to find an audience, but the music of these Pussycats is still beloved to this day. This may be in part to the powerhouse team involved, which included Kenneth "Babyface" Edmonds, Adam Schlesinger (Fountains of Wayne), Kay Hanley and Michael Eisenstein (Letter to Cleo) and Adam Duritz (Counting Crows), just to name a few.
Show hidden low quality content

Bottleneck Gallery Lord of the Rings By Florey