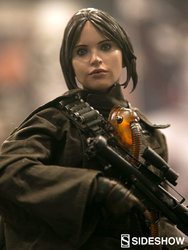 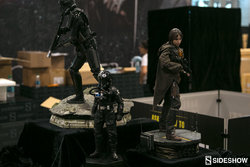 “This is a rebellion isn’t it? I rebel”

Played by British actress Felicity Jones, Jyn Erso is an exciting new character in the Star Wars universe. This independent and headstrong young woman with her defiant attitude and fighting spirit has already captured the imaginations of fans worldwide in Rogue One: A Star Wars Story!

Sideshow’s Jyn Erso Premium Format™ Figure is ready for action in a hostile and unforgiving environment. She is wearing a hooded weatherproof poncho with a portable breather mask hanging loosely around her neck and respirator pouch on her hip. She is also carrying a Blaster Rifle and an additional BlasTech A-180 Blaster as a backup sidearm in a thigh holster.

Whatever her mission, there’s no doubt that she’s prepared for the worst!

Our Jyn Erso Premium Format™ Figure features an incredibly realistic likeness of actress Felicity Jones that captures all of the charisma and personality that has already made her character so endearing. All of her movie-accurate clothing and equipment has been expertly duplicated with amazing attention to detail. The scratched and scarred Blaster Rifle, the contrasting textures of her individually tailored garments, the rusted metal elements and filthy plastic of her respirator equipment, even the tiny buttons, clips and buckles on her gear have been individually sculpted to attain a level of detail that is just astounding!

The statue features a beautifully sculpted and painted movie-inspired platform base, making this Premium Format™ Figure a proud focal point of your new Rogue One: A Star Wars Story collection! 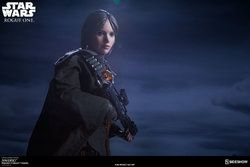 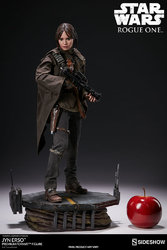 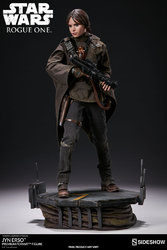 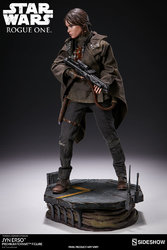 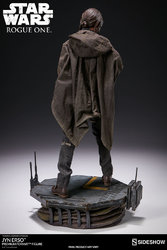 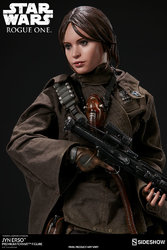 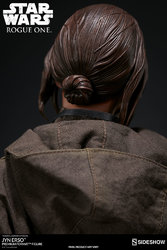 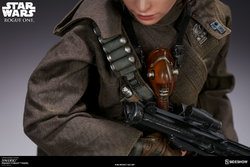 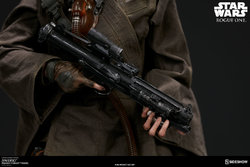 Battle of Endor The Little Rebels (Star Wars: Return of the Jedi) (Statue by Kotobukiya) [Sideshow]