To this day, Bandai-Namco's 2004 masterpiece, KATAMARI DAMACY, is one of the best games ever. From its brilliant soundtrack to the wonderfully bizarre story: you play as a tiny prince rolling an increasingly adhesive ball called a katamari, picking up small things like push pins and paper clips, before eventually graduating to larger fodder like trees, cities, and eventually mountains ... all in the name of rebuilding stars and constellations that your father, the King of All Cosmos, destroyed.

This game ruled 17 years ago, and it still rules today, and we at Mondo will forever champion its greatness. Tomorrow we have two beautiful new posters for the game by some of our favorite artists: We Buy Your Kids and Landland.

WBYK focus on the main characters of the game, the Prince and the King of All Cosmos, expanding upon their artwork featured in our soundtrack release from a few years ago. Landland zero in on the madness of the game's core mechanic: collecting as much stuff as possible to rebuild stars. This one is bonkers ... enjoy!

Posters available Thursday, 5/27 at 11 AM Central on The Drop. 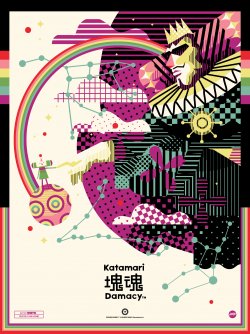 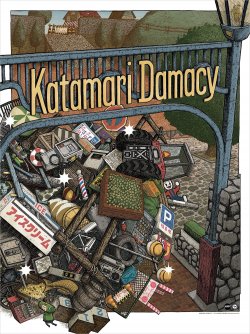 Mondo "We Must Be Cautious" Poster (Regular) by Mike Sutfin.