Plot: The Men in Black have always protected the Earth from the scum of the universe. In this new adventure, they tackle their biggest, most global threat to date: a mole in the Men in Black organization. 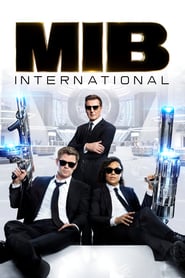 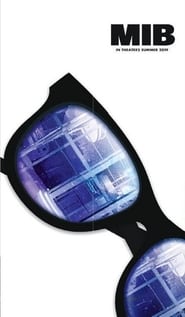 The Licensing Expo is happening right now in Las Vegas, and that means from first looks at big upcoming films. Specifically: some early marketing in the way of posters, logos, and previously unseen bits of media are going to be popping up over the next few days.

Men in Black will feature Thor: Ragnarok stars Chris Hemsworth and Tessa Thompson and will be directed by F. Gary Gray. Not a lot is known about this one yet either, but Chris did talk about it while on the red carpet for Avengers: Infinity War.

am still getting over the fact it wont be a crossover with Jump Street (it would have been such a bad movie, but in such a good way)

Liam Neeson in talks to join Men in Black spinoff

Liam Neeson is suiting up.

The action star is in talks to join Chris Hemsworth and Tessa Thompson in Sony’s upcoming Men in Black spinoff movie, EW has confirmed. He’ll play the head of the Men in Black organization in London, where the movie begins.

F. Gary Gray (Straight Outta Compton, The Fate of the Furious) is directing from a script by Iron Man’s Matt Holloway and Art Marcum, and the new movie will pick up after the events of the original Tommy Lee Jones and Will Smith trilogy. (The new Men in Black is set in the same universe, although Jones and Smith aren’t expected to reprise their roles.)

Wrong Hemsworth. (It's like getting Don Swayze or Frank Stallone)

I'm actually really up for this... we already know Hemsworth and Thompson have great chemistry together, plus Hemsworth has a brilliant sense of humour. It'll be interesting to see a female lead this time too, and surely that means they won't be calling this MEN in Black...? And the nod to Thor with the hammer at the end... I can't tell if that was cheesy as hell or genius! 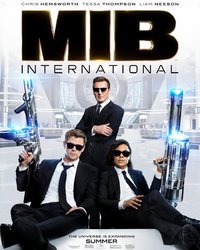 Noodles said:
"Tuesday's taco day" -- I feel like they put that in especially for you @bloodsnake007

And the nod to Thor with the hammer at the end... I can't tell if that was cheesy as hell or genius!

Is it me… or this looks 5000 times better than the original movies???

And yeah, both those were GENIUS!!!
Reactions: Noodles