Tom Cruise ignites the screen in the hit big-screen blockbuster that launched one of today’s biggest, and still-growing, action movie franchises. Ethan Hunt (Cruise), is a top secret agent, framed for the deaths of his espionage team. Fleeing from government assassins, breaking into the CIA’s most impenetrable vault, clinging to the roof of a speeding bullet train, Hunt races like a burning fuse to stay one step ahead of his pursuers... and draw one step closer to discovering the shocking truth. Directed by Brian De Palma (THE UNTOUCHABLES), this newly remastered Blu-ray celebrates the 25th Anniversary. 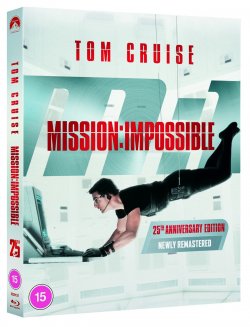 It's a beautiful cover but what a shame it is not in 4K
Reactions: Daubt

so here's my question: is it newly remastered from the source that made the 4k or something newer?

UK The Dark and the Wicked (Blu-ray) [UK]