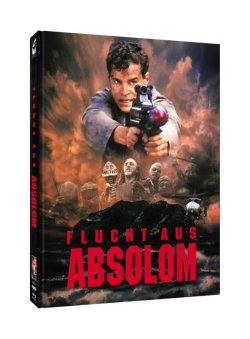 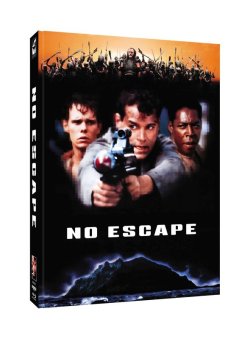 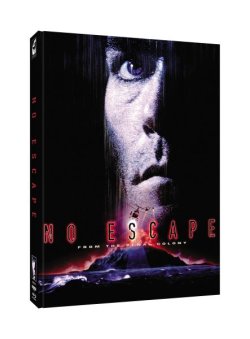 On October 4th we'll release NO ESCAPE aka ESCAPE FROM ABSOLOM on UHD Blu-ray with Dolby Vision, Dolby Atmos and Auro 13.1. Produced by Gale Anne Hurd (TERMINTOR, ALIENS and THE WALKING DEAD) and directed by action master Martin Cambell (CASINO ROYALE), the late Ray Liotta is on top form...
In 1994, when NO ESCAPE was made, 2022 was mere science fiction, because that's exactly the year in which the film is set. Now we look back - 28 years - and see an action thriller that has held up pretty darn well, with an insane cast and fabulous hand-made action and stunt work before the computers took over special effects in Hollywood.
In addition to the UHD and a Blu-ray with the film, the set includes a bonus Blu-ray with new and exclusive interviews!

There are optional English and German subtitles for the feature and the bonus material.
Tech Specs:

Cover B sold out.

Cover A is gone as well.

Wow, new extras!
Wait, all versions sold out already?
Wrong section, should be in Mediabooks.

Now sold out as well.

Real in-hand pics of Cover A: This release had way better covers (second one is on the inside, so best to buy the first and have both arts that way):
Mediabook - No Escape (Blu-ray Mediabook) [Germany]

Noone would have bought that as a Blu-ray release, now all Scott Adkins movies again in Mediabooks and 4K lol.
Aah - the Blu-Ray is very worthy - was clear $. I think this is a movie for the remastered-DVDs for €7,99 - section.
Last edited: Oct 7, 2022
Show hidden low quality content