Following the thrilling finale of the hit Star Wars™ live-action series, Hot Toys has officially introduced a new Obi-Wan Kenobi™ 1/6 Scale Figure as a part of their acclaimed DX series!

This newly revealed collectible figure is meticulously crafted with a hand-painted head sculpt — complete with the DX eyeball posing feature, allowing fans to add a new level of realism to their figure display.

The Obi-Wan Kenobi 1/6 Scale Figure also arrives with a huge range of accessories, including an LED light-up lightsaber with an interchangeable blade to emulate the lightsaber in motion, a blaster pistol, an L0-LA59™ droid, Obi-Wan's binoculars, a holoprojector, a Bail Organa™ hologram miniature, and even a rocky diorama base on which to recreate Obi-Wan’s showdown with Darth Vader™!

Furthermore, a Special Edition version of the Obi-Wan Kenobi figure will also include Anakin Skywalker's™ lightsaber hilt and a box as bonus items exclusively for collectors.


A fine addition to any Star Wars collection! The 1/6 scale Obi-Wan Kenobi figure and the Special Edition version are available to pre-order now via Sideshow. 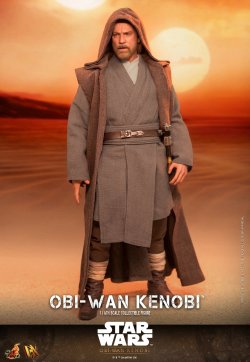 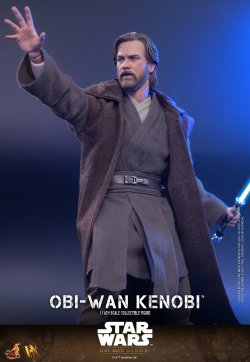