This is a big year for Marty McFly, Emmett “Doc” Brown, and Einstein as it marks the 35th Anniversary of one of the most beloved Sci-Fi movies of all time – Back to the Future.

Along with a host of new products celebrating the anniversary there are two brand new board games that have released this year. Today I will be looking at Ravensburger’s take on the series Back to the Future: Dice Through Time.

In this game Biff has stolen the DeLorean and has gone to various points in time throughout the Back to the Future Universe. On his travels Biff has disrupted timelines and left items in the wrong eras. Your role is to take control of a time machine and complete events in order to return the items left by Biff back to their correct location in their proper year. The game basically puts together all three movies into one game as the two to four player co-op game has a time machine for the 1885, 1955, 1985, and 2015 time periods.

Before I get into a recap of the gameplay and overall thoughts I wanted, as normal, to first take a look at the game packaging and design. The box art has a pretty nice design; the graphic of the three DeLoreans depict the classic vehicle in its various forms throughout the trilogy. The lightning effect, classic imagery of when the DeLorean hits 88 MPH, gives a sense that you are playing across the film franchise. One other nice effect on the cover is the spot gloss used for the title. This would sit well on the shelf if you have a Back to the Future theme going.

As for the components there a few nice features. The player boards are color coded based on the time period, the game play is symmetrical so the rules and abilities are the same regardless of which time period you start with; though each player board does have art that closer depicts Marty and Doc’s clothing throughout the films with a special shout out to Marty’s frilly shirt from 1885. The Biff cutouts also have attire that mimic Biff’s clothing from the specific time period he is from. The DeLorean game pieces themselves are all the same just color coded for the time period where they start. My only wish would have been if they had made those pieces unique to their time period and matched a bit more to the player board and cover graphics.


Once you are ready to begin the game a letter from Doc greets you explaining that he has recovered the stolen time machine from Biff but that Biff has both disrupted key events and left items in the wrong place and time and your job is to resolve disrupted events, obtain the left items and return them, and restore everything back to normal before you run ‘OUTATIME’ and most importantly not to interact with your other selves.

Setup and gameplay are fairly simple. Each player chooses a time machine from a specific year and places the token on the board at the Clock Tower location. It really doesn’t matter which time machine and year you choose as you have to travel to different years and locations throughout the game anyway. The Biff Tokens are placed in their starting spots and item cards are placed to the left of each corresponding year. The number of items per year determines how difficult a game you want to play.

Rounds are played over a number of steps starting by drawing event cards which need to be cleared out during the round, rolling dice, performing actions, advancing the ‘OUTATIME’ marker and adding any paradox tokens. Once event cards are placed it is the player’s job to both clear these events using dice they have rolled and return items to their proper location. They accomplish this by performing various actions such as spending dice to remove events or removing paradox tokens which are tokens left on the board when events are not cleared up during a round. The ‘OUTATIME’ marker moves up based on the number of event cards left on the board in the year with the most event cards or down as you return items to their proper location; the marker can also advance if two DeLoreans end up in the same location. It’s a race to the finish with either cleaning up Biff’s mess and returning the space time continuum to normal or leaving too many misplaced items on the board!

I felt the game was fairly straightforward and with an overall game time of around an hour from start to finish was good for either a game night where you want to play a few games throughout the evening or even a game that can be picked up in the household. I enjoyed the fact that you are playing across all of the time periods throughout the series so it doesn’t only encompass one movie and you get to experience parts from the entire trilogy. After playing one of my favorite parts of the game was a rule that allowed you to ‘ripple’ dice; players could leave unused dice in locations for other players to use during their turns. For example I could leave a die at the clock tower location in 1955 during my turn then any player could use that die at the clock tower in either 1985 or 2015. I also enjoyed that you can scale the difficulty of the game by how many item cards are drawn at the beginning of each round from two (Science Experiment) items up to five (Nobody Calls Me Chicken!); though I will say even for beginners I think you can start on a regular game and not experience much trouble. 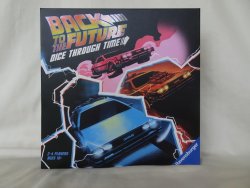 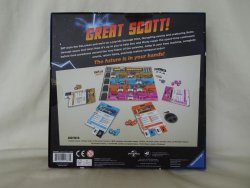 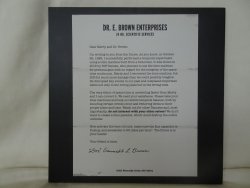 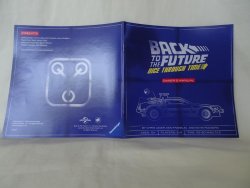 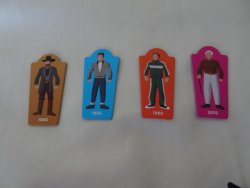 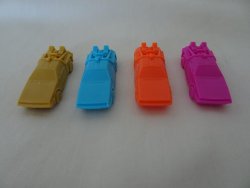 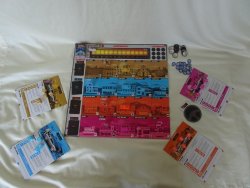 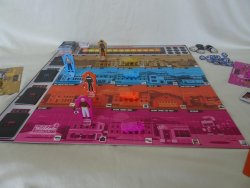 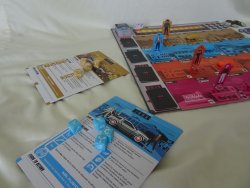 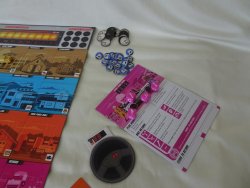 Playmobil - Back to the Future DeLorean Review

Upcoming House of the Dragon (Game of Thrones Prequel) [HBO]