In Marvel’s Avengers: Age of Ultron, after stopping Ultron’s terrifying plan to eradicate mankind on Earth, the Avengers have established a new base of operations with Captain America and Black Widow leading a new Avengers team consisting of War Machine, Vision, Falcon, and Scarlet Witch!

Sideshow and Hot Toys are delighted to officially present the new sixth scale collectible figure of Scarlet Witch in her gorgeous new outfit seen at the end of Avengers: Age of Ultron as an exclusive item!

The movie-accurate collectible is specially crafted based on the image of Elizabeth Olsen as Scarlet Witch in the film and features a head sculpt with long curly brown real fabric hair, newly tailored costume, specially created hands with red translucent fingertips and effect accessories to simulate Scarlet Witch using her powers, and an Avengers: Age of Ultron themed figure stand!

It’s time to recruit the new Scarlet Witch to your collection today!

What's in the Box? 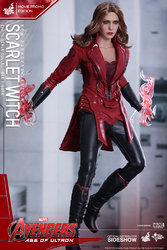 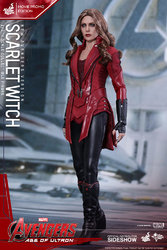 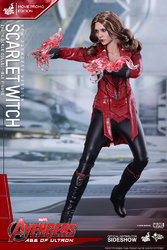 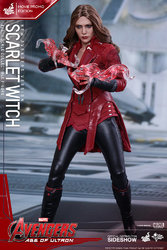 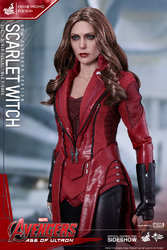 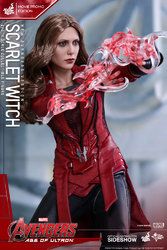 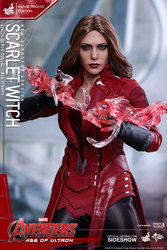 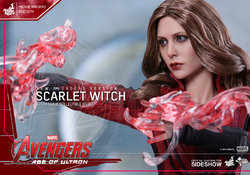 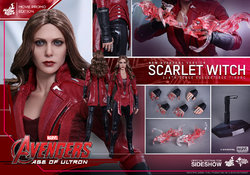 That's funny... in big promotion for Civil War, they announce something for last year's Ultron.... weird...

Love this new look and less of a blank facial expression

Don't like these special movie promo editions. Just means over here in HK they go to VIP members and scalpers for x times the original price