Horror-Theatrical Spiral: From the Book of Saw (2021)

Plot: Working in the shadow of an esteemed police veteran, brash Detective Ezekiel “Zeke” Banks and his rookie partner take charge of a grisly investigation into murders that are eerily reminiscent of the city’s gruesome past. Unwittingly entrapped in a deepening mystery, Zeke finds himself at the center of the killer’s morbid game. 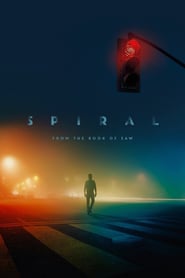 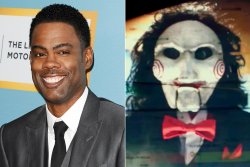 Lionsgate and Twisted Pictures announced Thursday that they have partnered with Rock to spin off and expand the world of the Saw franchise, with a new film to be released Oct. 23, 2020.

“I’ve been a fan of Saw since the first film in 2004,” Rock said in a statement. “I am excited by the opportunity to take this to a really intense and twisted new place.”

The new film will be produced by longtime Saw producers Mark Burg and Oren Koules and directed by Darren Lynn Bousman, who helmed three Saw sequels. The screenplay is based on a story conceived by Rock and written by Pete Goldfinger and Josh Stolberg. James Wan and Leigh Whannell, who respectively directed and wrote the original 2004 Saw movie, will serve as executive producers alongside Saw veteran Daniel Heffner. Rock’s own behind-the-camera credits include writing and directing the 2014 comedy Top Five.

“When Chris Rock came to us and described in chilling detail his fantastic vision that reimagines and spins off the world of the notorious Jigsaw Killer, we were all in,” said Joe Drake, chairman of Lionsgate’s Motion Picture Group, in a statement. He added, “This upcoming film will still be as mind-bending and intense as all the previous Saw films. Chris conceived this idea and it will be completely reverential to the legacy of the material while reinvigorating the brand with his wit, creative vision, and passion for this classic horror franchise.”

“Chris wants to put his own spin on the Saw franchise in the way Eddie Murphy put a completely fresh perspective on buddy-cop films with 48 Hours,” Burg and Koules said, while also pledging that the new Saw would have “all of the twists and turns and hardcore layers that our fans expect.”

The Saw films starred Tobin Bell as Jigsaw, a demented mastermind who lays deadly traps for his victims. The first film and its seven sequels have collectively earned more than $450 million at the domestic box office, but the most recent installment, 2017’s Jigsaw, was among the least successful in the series.

Yet I havent seen a single Saw film

AlienKing said:
Yet I havent seen a single Saw film

Seen all of them except the last two. Keep finding something else better to watch.

Apollon said:
Seen all of them except the last two. Keep finding something else better to watch.

@AlienKing Not necessarily saying they're bad, but concept gets old.

Um, no thanks. The only good Saw was the very first one... after that it just became a really bad parody of itself.
Reactions: hatredhorror and Robles

Ha. Only just found about this. Looks ok. But can’t get past Chris rock in a horror! Hopefully will be fine though Wasn’t even aware there’s a trailer for this.
Looks better than I expected but still not 100%