We're starting off the week with Mark's newest entry in his Pop Culture Landmark series, inspired by the landmark TV series Lost!

Lost debuted in 2004, and featured a sprawling cast of mysterious plane crash survivors on an even more mysterious island. The show popularized mystery box storytelling, and continues to top Best TV Series lists more than a decade later. Mark's taken inspiration from the show and created a brilliant tongue-in-cheek travel poster for the show that's bound to make fans of the show excited.

Mark's also created a smaller charity variant of the print in order to help the current relief efforts in Australia. The New South Wales area of Australia has been dealing with absolutely devastating bush fires, which have, among other terrible statistics, killed 480 million animals. Brave firefighters and civilians have been battling the situation, and we’d like to contribute monetary help. 100% of the profits from the charity print edition and a portion of profits from the limited edition screen prints will benefit the Kangaroo Island Wildlife Park--which is a wildlife park that helps ensure the safety and care of an immense multitude of animals in the Kangaroo Island area of Australia.

We're thankful to everybody who purchased our previous Australia relief effort print from Joey Feldman, and the severity of the situation in Australia is at the forefront of our thoughts. We've raised over $6,000 so far, and we look forward to raising even more!

Mark’s prints will be available as limited edition releases as well as timed-edition charity edition TODAY @ 12PM ET on our homepage! 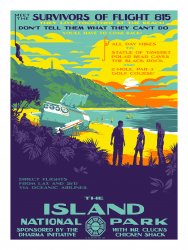 The Island National Park by Mark Englert
Screen print
18 x 24 inches
Hand-numbered edition of 300
$50 / Complete Set: $130
A portion of profits from this edition will be donated to the Kangaroo Island Wildlife Park 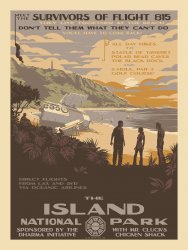 The Island National Park - Variant by Mark Englert
Screen print
18 x 24 inches
Hand-numbered edition of 150
$60 / Complete Set: $130
A portion of profits from this edition will be donated to the Kangaroo Island Wildlife Park 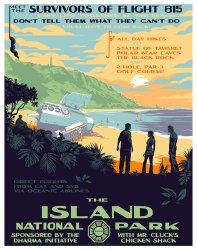 Bottleneck Gallery The Dream Will End by Nicolas Delort