Auto buy since I have the collection! Keep me informed !

If they would want to match then I wonder what artwork they will use. There was one or two character poster arts of Jean, but Apocalypse was a bit different anyway (whole body instead of just face detail), lets just hope it wont be too different.

Back artwork should be fine as long as they will use the "X" art as they did before, just changing the colors a bit. Is that a group buy link?? I can’t click on it.

FilmArena purchase link is in OP

GB not happened yet

Xenomorph said:
Let 's hope this one indeed will have 3D disc, every release so far only has 4K +2D
I want the 3D also

then why show in the cinema's with 3D , but do not release it on blu ray with 3D?
Click to expand...

Does anybody know if this release will be actual: it is not for the steelbook but at least it should have a 3D release
als blu ray com still has for the Norway sweden finland and Denmark the link to CDON

so for the 3D likers among us : if the CDON release will be actual 3D , then buy the best looking steelbook issue, then (throw out the blu ray disc) or leave it in and add the 3D disc

Can any scandinavian Ninja's confirm if this 3D blu ray release will actually come?

You have to be tough in Finland

Xenomorph said:
Can any scandinavian Ninja's confirm if this 3D blu ray release will actually come?
Click to expand...

Based on that, I suspect that there may not be a Blu-ray 3D release, and the CDON listings are by mistake (or assumption), but of course we'll know for sure closer to the release date.

I may put an order in just to see when (or if) the "this release has been cancelled" email arrives.

Few pics of the WWA steelbook (more on their FB post) 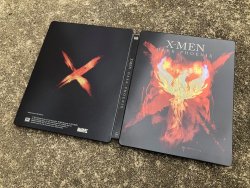 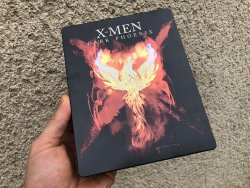 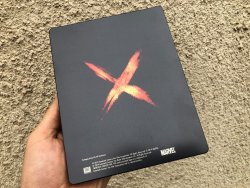 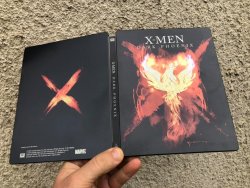 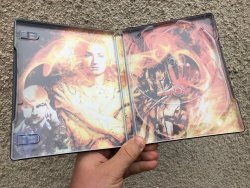 Shame no WEA release from FA for this film given they did WEA releases for Logan and Deadpool 2. That WWA steelbook looks awful

The original mockup looked better than this. I'm sure the slip will be really special though. None of the others before Logan were WEA so I wasn't holding my breath.

FAC claiming it's zero varnish... but it looks a bit streaky to me, thought that only happened with matte.
Last edited: Sep 12, 2019

Is there any 3D steelbook release ?

It sounds like something ominous is coming, any thoughts on what it could be Paul?

Danzigg1979 said:
It sounds like something ominous is coming, any thoughts on what it could be Paul?
Click to expand...

I dont know
I'm sure a few already know but are not allowed say anything yet until Disney give the ok to reveal the details
Reactions: Danzigg1979

Acalica917 said:
Where can this new information be confirmed?
Click to expand...

Link is in OP

Good news. I may have to get this... can't wait for pics!