You are using an out of date browser. It may not display this or other websites correctly.
You should upgrade or use an alternative browser.
Added to Calendar: 12-11-19 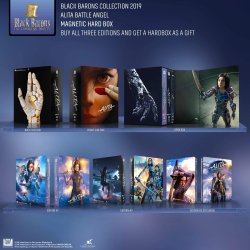 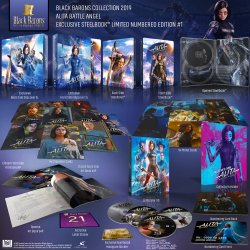 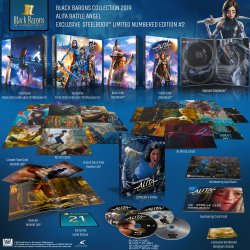 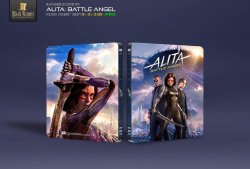 Last edited by a moderator: Dec 11, 2019
Reactions: schnauzithomas, eau, GeoRattray and 23 others

Dear Collectors,
we kindly thank you for giving us extra time to go over some personal and family stuff. Some scars can only be healed by time and we believe that work will be the medicine that helps.
As our manager Jan Cikanek already informed, we had to put on hold RED SPARROW because of the French poster that we could not use and the approving may take more time than expected. We have prepared one exclusive title with UNIVERSAL Studio, but as you know some FAC editions wai...ting to be approved preferably, we believe we should present this title in the next year.
We really wanted to bring you something extra and we believed that we had picked the one that you could love!
We chose ALITA: BATTLE ANGEL for BLACK BARONS #21 featuring an exclusive WEA SteelBook.
Our selling intention is to offer you three numbered editions and a MAGNETIC BOX as a GIFT for those who buy all the three numbered editions:
E1 FullSlip + Lenticular Magnet
E2 Double 3D Lenticular FullSlip
E3 SteelBook Numbered Edition
MAGNETIC GIFT BOX for buying E1 + E2 + E3
We will keep you updated about ALITA and other coming titles. Please also kindly check our release plan.
Best regards,
I&B
Team Black Barons

Reactions: Steely-Booked, Radagast, milky and 3 others

*sigh* just when I thought I didn’t want another edition, there’s a WEA SteelBook and a magnetic box now.

Will definitely be trying to get this one!
Reactions: goufcustom

Interesting to see what this magnetic box is

I have been wanting a decent copy of this...I need these.....

Hello Black Barons you have quite interesting things to say...

great to hear, looking forward to seing what they come up with.

but have i got this right - FAC release gets only the WWA, but BB gets the WEA?

Reactions: Radagast, TheCollector86, Nathan Bateman and 3 others
B

bwatt99 said:
What's difference with this edition compared to last edition that sold out quickly
Click to expand...

WWA vs WEA is one thing.

I'd love the poster where she holds her sword over her shoulder as the front for the steelbook (the one on the full slip 0f the other edition)
Reactions: Nathan Bateman
B

WWA vs WEA is one thing.
Click to expand...

Unknown for the time being. Just watch this space.

Very intrigued by WEA - This may be my first BB purchase... quite excited for BS reveal

GeoRattray said:
Very intrigued by WEA - This may be my first BB purchase... quite excited for BS reveal

We will all be pushing up daisies by the time this gets released
Reactions: Nathan Bateman, GeoRattray, harry and 3 others

jeremycanrana said:
I'd love the poster where she holds her sword over her shoulder as the front for the steelbook (the one on the full slip 0f the other edition)
Click to expand...

Me too! I have the Odeon poster of that artwork and looks amazing. Here's my concept with that art with embossing on Alita and the title