Plot: In the 1930s, three friends witness a murder, become suspects themselves, and uncover one of the most outrageous plots in American history. 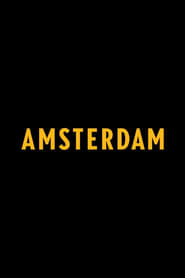 Incredible cast. Looking forward to this.

Most of the budget was for the cast

What a line up! Cant wait!
Reactions: vexred

David O. Russell was one of my favorite new directors in the 90's. Spanking the Monkey was one of the best debut films, Flirting with Disaster remains one of my top 3 favorite comedies of all time, and Three Kings is the best movie about the first American Iraq war.
But afterwards his movies didn't excite me as much, maybe they weren't bad, but not for me. Lately there wasn't anything good, save for American Hustle, which was almost 10 years ago.
This film is surely back to form, its a bit convoluted story hidden from inattentive viewer, that might therefore find it boring, is definitely saved by such an excellent cast, that I've felt like I was back in the 90's, when every single face was recognizable and pleasing to see. Not that they're all old actors, just some of the better ones I took notice of during the last 15-20 years.
Only Washington's son (I believe) is the weak spot, but thankfully his bland face isn't on the screen too much. It's probably the third movie with him, and I'm firmly convinced that he's not a good actor, even though Denzel Washington is one of the best actors of any generation.
Sadly this movie seems to have bombed at the box office, so I'm not sure we'll be able to see anything soon from this great writer-director, but maybe he'll get back to smaller, 'independent' productions and dark comedies.
Movie information in first post provided by The Movie Database
Show hidden low quality content