Anime NYC powered by Crunchyroll, (www.AnimeNYC.com) one of North America’s largest conventions dedicated to anime, manga, and Japanese pop culture, celebrates its 5th Anniversary at New York’s Javits Center (655 W 34th St. at 11th Ave) from November 18-20. The convention features three days of over 400 exhibits, exclusive screenings, extensive panels, performances, and appearances by some of the biggest creators in Japan, all under one roof. Over 200 hours of programming is planned for the weekend.

This year, over 50,000 fans are expected to gather at Anime NYC from all 50 states and 27 different countries. Countries include: Canada, Mexico, England, France, Germany, Australia, China, Brazil, and Japan.

Anime NYC was founded in 2017 and has quickly become the fastest growing anime convention in the US, second only to Anime Expo which welcomes 100,000+ attendees in Los Angeles. Anime NYC has presented the largest Japanese concerts in NYC history and global premieres, before even Tokyo. The convention works with major companies in the Japanese entertainment world including Aniplex, Bandai Namco, Crunchyroll, GKIDS, HIDIVE, Kodansha, Sentai, TMS, VIZ Media, and Yen Press.

More guests will be announced in the coming weeks.

To celebrate their 5th Anniversary, Anime NYC will present A New World: intimate music from FINAL FANTASY on Friday, November 18 at 3pm in the Special Events Hall of Anime NYC. From the team that brought you Distant Worlds: music from FINAL FANTASY, the FINAL FANTASY VII REMAKE: Orchestra World Tour, NieR: Orchestra Concert and more, AWR Music Productions is proud to present a *SPECIAL NEW PROGRAM* of music to celebrate the 35th Anniversary of FINAL FANTASY. Under the direction of Eric Roth, the concert features the New World Players chamber ensemble performing exclusive arrangements from throughout the FINAL FANTASY series in the thrillingly personal style of this outstanding musical production. And as a very special treat for fans at Anime NYC, FINAL FANTASY XV and Kingdom Hearts composer Yoko Shimomura will make a rare in-person appearance at the concert. A concert ticket and a 3 Day or Friday Badge is required to attend.

On Saturday night, November 19 at Anime NYC, Cosplay takes over the Main Stage with the Anime NYC Masquerade. Guests will compete for the chance to win prizes for craftsmanship, showmanship, and of course, bragging rights. Costumes spanning the worlds of anime, manga, video games, musicals, books, and even comics and movies are all eligible for entry.

Also, throughout the weekend, Anime NYC will present Cosplay Meetups, where fans of a particular series or character can gather in costume, mingle, and get to meet others who share their passion. For a schedule of the Meetups, please visit: www.AnimeNYC.com.

The schedule for the weekend is as follows:

“Anime is mainstream in everything but name. There are giant anime balloons in the Macy’s Thanksgiving Parade, anime ads broadcast in Times Square, and major actors and sports stars talking about their love of Japanese animation,” said Founder and Event Director of Anime NYC, Peter Tatara. “It’s nothing short of a culture-definition phenomenon around the globe, bringing fans of all ages, races, and backgrounds together. And Anime NYC is profoundly honored to be a showcase of the best of the anime world in the heart of the biggest city in America, creating a home for New York’s passionate anime audience and an opportunity for everyone else a chance to experience what they’re missing.

For more information about Anime NYC and to purchase badges for the convention, please visit: www.AnimeNYC.com.

CRUNCHYROLL RETURNS TO NEW YORK TO SUPERCHARGE ANIME NYC WITH PANELS AND PREMIERES
Fans Can Enjoy Premieres for Laid-Back Camp the Movie and Five Series from the Simulcast Winter Season, Including Tomo-chan Is a Girl!, Alongside Hosted Panels for Mob Psycho 100 III and More. 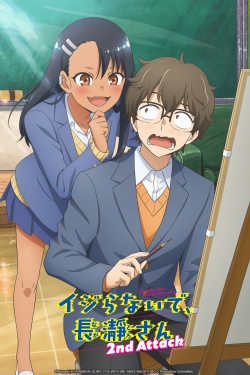 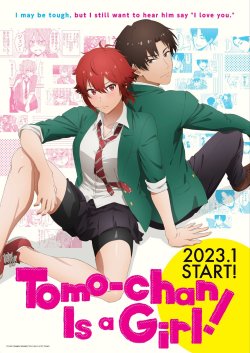 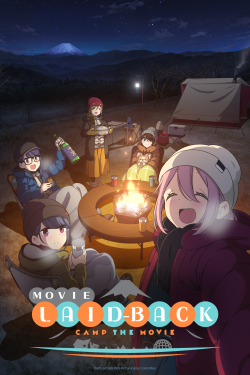 Crunchyroll, a global leader in providing fans around the world with ultimate anime experiences, returns to New York to supercharge Anime NYC at the Jacob K. Javits Convention Center from November 18-20, 2022. Attendees will be immersed in the coolest anime from the fall and upcoming winter seasons with transportive installations, exciting panels, and exclusive premieres.

“Crunchyroll will return to Anime NYC with an electrifying slate of programming to immerse attendees into the worlds of their favorite series,'' said Gita Rebbapragada, Chief Marketing Officer, Crunchyroll. “It doesn’t stop with panels, premieres, and photo opportunities - we’re gearing up to reveal a few more experiential activations too, so stay tuned for ways to celebrate together!”

The US Premiere of Laid-Back Camp the Movie will bring the great outdoors to Anime NYC, giving badge holders an early look at the chillest anime film of 2022. For fans eager to get a jump on the simulcast winter season, Crunchyroll will present two rounds of US and World Premieres, featuring:
Crunchyroll will host a panel for Mob Psycho 100 III featuring the Japanese voice of Shigeo “Mob” Kageyama, Setsuo Ito, discussing his work on the latest season. Crunchyroll is also teaming up with Bandai Namco to bring fans a sneak peek at That Time I Got Reincarnated as a Slime the Movie: Scarlet Bond alongside a panel featuring producers Kouhei Eguchi and Mika Iwahashi from 8bit and producer Bungo Kondo from Bandai Namco Filmworks. Theme song performer MindaRYN and Stereo Dive Foundation will close out the event with a mini-concert.

On the show floor, attendees can enjoy two immersive Crunchyroll booths that will whisk fans from the expo hall and into their favorite series. The first booth (booth #526) will feature a Crunchyroll Hime statue against the “New Crunchy City” skyline with a variety of free swag, including drawstring bags for Chainsaw Man, BLUELOCK and Uzaki-chan Wants to Hang Out!, as well as paper headpieces that will transform attendees into Chainsaw Man or Anya Forger from SPY x FAMILY. Beyond the cityscape, fans can get revved up with a Chainsaw Man photo op or create a family portrait in an apartment inspired by the Forger family home from the breakout anime series SPY x FAMILY.

The second booth (booth #240), will host even more photo ops from the biggest series in anime. Fans can snap a picture in the shadow of Mob Psycho 100’s Divine Tree, pose with a throne pulled from That Time I Got Reincarnated as a Slime the Movie: Scarlet Bond, or explore a recreation of the Jaeger family home’s basement from Attack on Titan: Final Season, and more.

Check out Crunchyroll’s full Anime NYC lineup of panels and premieres below:

Your favorite cozy camping anime returns with a movie as the former members of the Outdoors Club get together again, this time to build a campsite! Reunite with Nadeshiko, Rin, Chiaki, Aoi, and Ena as they gather around the campfire once more with good food and good company.

Join Crunchyroll-Hime and her friends LIVE for a friendly competition of anime trivia based on survey results from fans.

Be the first to see new January simulcast series before it streams! See the first episode of The Reincarnation of the Strongest Exorcist in Another World, The Iceblade Sorcerer Shall Rule the World, and The Tale of Outcasts! (Subbed only)

The popular isekai fantasy “That Time I Got Reincarnated as a Slime,” also known as “Ten-sura,” has sold a total of more than 30 million copies. To celebrate the theatrical release of the film, “Ten-sura” will hold a special event at Anime NYC with producers Kouhei Eguchi and Mika Iwahashi from Eight Bit Co., Ltd. and producer Bungo Kondo from Bandai Namco Film Works. In addition to this panel talk about “Ten-sura,” there will be a mini concert afterwards with theme song performers MindaRyn and STEREO DIVE FOUNDATION. And what's more, those who attend the event will get a special sneak peek preview of the film.

Hear about all the latest and greatest anime coming out of Crunchyroll straight from the source!

Be the first to see the new January simulcast series before it streams! See the first episode of Miss Nagatoro 2nd Attack and the World Premiere of the first two episodes of Tomo-chan Is a Girl! (Subbed only)

Do you think anime can make the world a better place? Come hear from anime voice actor Adam McArthur, Manga Company Weird Enough Productions, and the team behind Crunchyroll-Hime about using anime to improve communities. Learn how to use your fandom to move the world forward.

Join Crunchyroll and the official Japanese voice of Mob, Setsuo Ito, for an exciting panel discussing Mob Psycho 100 III and Ito's experience working on the new season!
Schedule subject to change. Updates can be found on Crunchyroll News!


Crunchyroll hosts Tim and Lauren have your back and with all the latest from Anime NYC if you can’t make it to the Big Apple. Follow all of the exciting highlights on Crunchyroll’s Twitter, Instagram, and TikTok, as well as Crunchyroll News where fans can expect to find all the great announcements from each day and so much more. 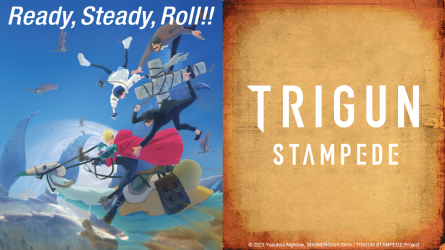 Crunchyroll, a global leader in providing fans with the ultimate anime experiences, will bring Vash’s signature brand of love and peace to Anime NYC with the World Premiere of TRIGUN STAMPEDE, giving badge holders the first chance to see the highly anticipated reimagining of the classic series TRIGUN by Studio Orange.