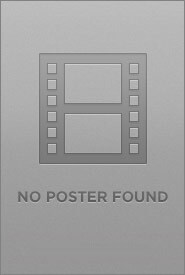 Plot: A truck driver and his friend get drawn into an unexpected battle with an ancient sorcerer in Chinatown. Thanks for the tag @harry!
Reactions: harry

Nothing but respect for Dwayne.

Emphasis below is my own.

Reaction was split last week after it was announced Dwayne Johnson would star in Fox’s remake of Big Trouble in Little China, with many fans of John Carpenter’s 1986 cult classic unhappy about the idea of a new spin on the material. Not that Johnson himself expected anything less.

“I loved reading the reactions from the fans, that they were so polarized – I’m the same way,” the star told EW at Saturday night’s taping of the Spike TV Guys Choice Awards. “My response is: know that I come to the project with nothing but love and respect for the original, which is why we want to bring on John Carpenter.”

Which is, as Johnson said, “your mic drop”: While Ashley Miller and Zack Stentz (X-Men: First Class) are attached to write the Big Trouble in Little China script, Johnson wants Carpenter – who directed the original and co-wrote its score – to have involvement in the remake as well.

“I loved the original when I was younger and I loved the main character – all the characters,” said Johnson, who will fill the role Kurt Russell played in the earlier film. “It felt like if we surrounded ourselves with the right group of people, the right writers who loved the movie too and wanted to honor it, bring on John Carpenter in some capacity … If we did that, then we have a shot at hopefully making something good.”

While the pieces are settling into place, many details – like the story – have yet to be determined. Johnson said these initial stages are “the fun part,” and even suggested that Russell would be brought into the conversations as well.

“Let’s see what feels good, what we can come up with and then go from there,” Johnson said. “And as we write it, if the whole thing starts to stink up, then we thank everybody for their efforts and accept this just couldn’t make it.”
Click to expand...

The whole point of Big Trouble is that Jack Burton is a rubbish hero, constantly ballsing stuff up, full of cocky bravado and cheesy charm and gets his arse kicked all the time, Wang is the real hero despite being relegated to a sidekick. I don't know if DJ can do a rubbish hero.

Well, if Carpenter would join in, it might have 1/2 a chance.

But I do think Dwayne is not the type of actor to attempt a remake of BTiLC. Maybe a different take on the movie,but not the same type of movie.

Then it's not a remake then, just a bad copy. You can't do a remake with the same title without the 3 Storms, the awesome kung-fu war, David Lo Pan, Egg Shen etc... If they did decide to do a remake then use Chris Pratt, he can do action and he can nail it when it comes to comedy. Let's face it Starlord has that same goofy bravado as Jack Burton. He'd be my pick.

I watched San Andreas the other day, I saw Dwayne trying to act, he gave it a shot but it didn't really have me drying my eyes.
Reactions: harry

Here's an idea. Why don't they make their own stories?