Magic, fantasy and Celtic mythology come to life in Cartoon Saloon's celebrated Irish Folklore Trilogy, featuring three Academy Award®-nominated* modern animated classics. The studio's first film, The Secret of Kells, which beautifully tells the tale of a master illuminator and his young apprentice, is followed by the breathtakingly gorgeous Song of the Sea, which recounts the adventure of a mythical seal-child and her brother on a quest, and the triumphant Wolfwalkers, which delves into the friendship between a young huntress and a free-spirited wolf-girl. This limited edition set features the exclusive Blu-ray™ presentation of Wolfwalkers and hours of new bonus features exploring the three films in environmentally friendly packaging that reflects each film's loving depiction of the natural world.
*2009: Best Animated Feature Film, The Secret of Kells ; 2014: Best Animated Feature Film, Song of the Sea ; 2020: Best Animated Feature Film, Wolfwalkers

THE SECRET OF KELLS
SONG OF THE SEA
WOLFWALKERS

It's also available on WOWHD for €62 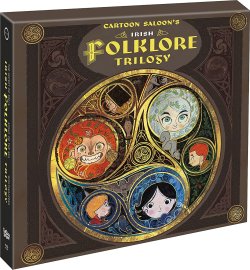 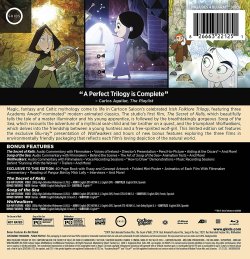 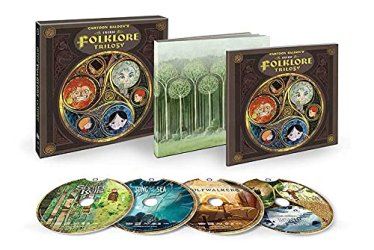 Gonna order it direct from the Cartoon Saloon store when the preorder goes up.
The main studio is literally 10 minutes from my house in Kilkenny & I know a good few people who have work for the studio so will definitely be snapping this up!
Reactions: Grendel and BluSteel2012

This is a gkids label release

You can also purchase from their store
$65.00

Gonna pre-order from the US but I really hope this comes to the UK.

paulboland said:
The cartoon saloon store in Ireland sells some their films on Blu-ray or DVD

They might sell at a later time the Region A Gkids box set but that will be USA import
Click to expand...

They’ve confirmed it will be on their store soon.
They’ve also confirmed that there’ll be a European release but no date confirmed yet.
Reactions: BluSteel2012

MrSquifler said:
Gonna pre-order from the US but I really hope this comes to the UK.
Click to expand...

In regards to Wolfwalkers If you have Apple TV + it's available to stream as part of your subscription
Reactions: MrSquifler

Don't like the way they made the box look like a CD case instead of a Blu Ray case.

Would be hard to store this along side the rest of your regular Blu Ray collection...
Show hidden low quality content