Everything We Know So Far About Disney’s Streaming Service: Pricing, Content, etc... When will Disney+ launch?

Disney+ will be available in the United States from November 12, 2019.

Over the next two years, Disney plans to implement an international rollout of the service, launching the platform in each major region of the world.

Disney Direct-to-Consumer and International Division President Kevin Mayer previously confirmed in an interview with French magazine Capital that the platform would be available “a little later in Europe.” It is possible that some local content may need to be added to the mix to comply with European Union rules, though this has not been confirmed at this time.

How much will Disney+ cost? Disney’s lower price tag (compared to Amazon, Hulu, and Netflix) will reportedly reflect the lighter content load on the platform, as the volume of movies and TV shows will be slightly more limited to begin with, but they will continue adding to the roster as time goes on.

How will Disney+ work?

Subscribers will have the ability to access the service across a range of different devices with streaming available through Smart TVs, web browsers, mobile devices, and gaming consoles, with the capacity to adjust to the best possible high-definition viewing experience, supporting up to 4K HDR video playback.

Another very exciting feature is that the entire Disney+ library will reportedly be free to download on to subscribers devices, without restrictions or limitations, so all content from the service can be accessed and viewed while not connected to the internet. At this stage, it is believed that Disney+ will take a more traditional approach with their programming compared to other subscription platforms. Instead of releasing everything on the platform at once, Disney will wait until their usual slate of movies have debuted in theaters and left the physical media sales window before adding them to the service.

Disney also plans to keep their space family-friendly by diverting R-rated content to a separate library on Hulu. At the Disney Investor Day event on April 11, the company shared a first look at the interface of its new ad-free service.

The homepage features a carousel showcasing Disney+ originals, movies and television series alongside branded boxes that are populated with various franchises, including Disney’s own movies and TV shows, Star Wars, Marvel, Pixar, and National Geographic.

The company has reimagined the current streaming service model into a grid that is straightforward to navigate and operate with separate content hubs on the service that will be customized with a bespoke look and distinctive features to create unique user experiences in alignment with each universe. Users will also be able to design their own profile and build a custom avatar with their favorite characters from the Disney library.

“There’ll be an elegance to it, and an ease of use,” Bob Iger told Vulture when Disney+ was originally announced, suggesting that the company would try to streamline the experience to avoid repeating some of the user issues that have apparently been present on competitors platforms at one time or another.

What can you watch on Disney+? The premium streaming service will have a variety of original programming as a further expansion of some of their existing popular franchises. This collection of exclusive content includes, but is not limited to, The Mandalorian, a live-action Star Wars series directed by Jon Favreau, and a second original Star Wars series focused on Rogue One’s Cassian Andor, as well as a Marvel spin-off show centered on fan-favorite character Loki, starring Tom Hiddleston. Elizabeth Olsen and Paul Bettany will star as Wanda Maximoff and The Vision in WandaVision, a new series that will reportedly begin filming this fall. Elsewhere, Anthony Mackie and Sebastian Stan are teaming up for Falcon and Winter Soldier, another Marvel series that is expected to premiere within the first year. As for the movies, there are a number of notable projects currently in the works, including live-action remakes of the animated classics The Lady and The Tramp, Peter Pan, and The Sword in the Stone, along with rumored reboots of live-action comedies, such as Three Men and a Baby, Father of the Bride, Honey I Shrunk The Kids, and The Parent Trap.

Interestingly, there have also been a considerable amount of book-to-movie adaptations confirmed, with Don Quixote based on the 1605 novel by Miguel de Cervantes making the list, together with Timmy Failure, The Paper Magician, Stargirl, and Flora and Ulysses. Family comedy Magic Camp, directed by Mark Waters and written by Dan Gregor and Doug Mand, from a story by Steve Martin, has reportedly completed production, so might be amongst the first to drop on the service.

However, since the majority of these releases will be staggered on the service, Disney+ will launch with an incredible amount of content from their back catalogue to accommodate fans of all ages, with everything from Disney’s beloved animated classics to their live-action movies, as well as a number of entries from the Marvel Cinematic Universe and the ever-expanding Star Wars galaxy. Last month, Disney closed the deal with 21st Century Fox for $71 billion, which means that a selection of Fox content will also be available on the platform, including all 30 seasons of The Simpsons, TV’s longest-running primetime scripted series.

Other exclusive content includes a brand new documentary titled Into the Unknown: Making Frozen II, which will take audiences behind-the-scenes of the highly anticipated sequel to 2013’s Frozen, due in theaters on November 22.

On the animation front, all Pixar movies and their associated theatrical shorts will be loaded on to Disney+ within the first year of launch. There will also be a chance to get to know Toy Story’s newest star in Forky Asks A Question, a series of Pixar shorts, available on day one. Disney will debut another short film centered on Bo Peep, titled Lamp Life, but not immediately at launch. For a complete change of scene, subscribers will be given the opportunity to explore the wonders of the world with more than 250 hours of content from National Geographic, including Academy Award winner Free Solo and a new docuseries called The World According to Jeff Goldblum, premiering at launch.

In total, in year one, subscribers will be able to rediscover more than 7,500 episodes of Disney TV fare and 500 movies from the Disney library on the streaming service, which CEO Bob Iger described at the presentation as a “bold step forward in an exciting new era” for the company.

I really enjoyed it.

It's not on the UK Disney + . But we see it elsewhere. 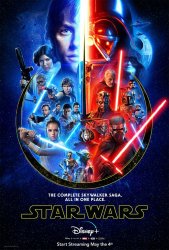 UK and Ireland
Disney has confirmed that it will soon no longer be possible to watch their linear TV channels via Sky or Virgin Media after carriage talks failed to produce an agreement. Instead the channels will be moved to the company’s new Disney+ video streaming service from 1st October 2020.

In a statement Disney said: “From 1 October, Disney+ will become the exclusive home for content from Disney Channel, DisneyXD and Disney Junior in the UK … The Walt Disney Company remains committed to our kids channels business and continues to execute distribution agreements for Disney channels in many markets where Disney+ is also available, with the goal of giving our fans multiple entry points to our storytelling.”

Disney Channel, DisneyXD and Disney Junior will all stop at the end of September 2020 as children’s programmes are moved exclusively to streaming service Disney Plus…

paulboland said:
UK and Ireland
Disney has confirmed that it will soon no longer be possible to watch their linear TV channels via Sky or Virgin Media after carriage talks failed to produce an agreement. Instead the channels will be moved to the company’s new Disney+ video streaming service from 1st October 2020.

In a statement Disney said: “From 1 October, Disney+ will become the exclusive home for content from Disney Channel, DisneyXD and Disney Junior in the UK … The Walt Disney Company remains committed to our kids channels business and continues to execute distribution agreements for Disney channels in many markets where Disney+ is also available, with the goal of giving our fans multiple entry points to our storytelling.”

Disney Channel, DisneyXD and Disney Junior will all stop at the end of September 2020 as children’s programmes are moved exclusively to streaming service Disney Plus…

That's a smart business move. They won't lose any money to Sky or Virgin. All of the money from their subscriptions goes to Disney. They'll need to put the new seasons of Disney shows up to stream right away. They usually don't do that in the US.

Disney Confirms the Rumored Premium Disney+ Tier - MCU Cosmic what does everyone make of this?


The new streaming service will launch in 2021 and will consist of the following brands: In under a year, Disney+ has gained more than 60 million subscribers, shattering industry estimates.

Disney + Ireland
Price for premium access to Mulan will be €21.99 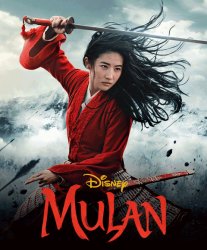 
Note:
Mulan will be available as part of your Disney+ Subscription at a later date likely will be around 3-4 months after home media release if you don't want to pay the premeir access to see the film as same time as Cinema release
Last edited: Aug 25, 2020

29% of U.S. households that subscribe to Disney+ purchased the $30 “Mulan” film from September 4th to September 12th

The 29% does not include viewing figures from outsise USA market No matter how you slice it, the end result of "Mulan's" digital release is a whole lot of cash for Disney+.