– 2017 feature length documentary by filmmaker Lisa Downs on the rollercoaster life of Sam J. Jones since his role in Flash Gordon, featuring the main cast and crew as well as a host of fans including Stan Lee, Robert Rodriguez, Mark Millar and more!

– Sam J. Jones – a variety of interviews and featurettes including coverage of a script read from the Chattanooga Film Festival, Sam discussing his career in Mexico, his “prayer walk”, and more

– Topol – a variety of interviews with the actor on his collections, awards and charity work

– Life After Flash on the Road – a variety of featurettes on the film travelling to various festivals and production including Q&A excerpts with the Flash Gordon cast, behind-the-scenes footage, Kickstarter funding video


This limited edition of Flash Gordon has a Blu-ray disc but it's the documentary Life after flash
Reactions: Maksym 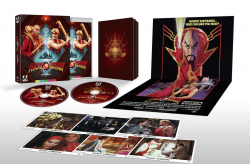 
There is also standard 4K and Standard Blu-ray editions available 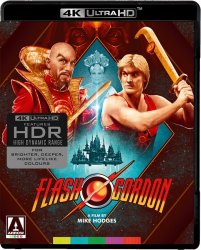 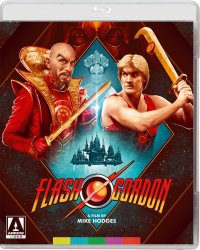 Seems like it will be available from Bestbuy too,
$42.99. They also have links for non limited and standart bluray options.