Although I'm not here as much as I used to, I wanna give back to this wonderful community and still love HDN and Ninja Week! 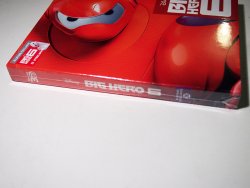 AWESOME, HOW DO I WIN??
First up, give the post a good ol' Thumbs Up

and then answer the following:

You get to sssemble your own team of 6 heroes. Who'd be on the roster?

COOL, HOW LONG DOES THE GIVEAWAY LAST?
All dang week!

HOW'S SHIPPING WORK?
On the off chance you're from Australia, I'll post it to you free of charge. Otherwise, I'll split shipping costs with the winner 50/50. It'll roughly be about $15AUD

CAN ANYBODY JOIN?
Yep, all registered members can take part in the giveaway

AND HOW IS THE WINNER CHOSEN?
With telepathy... or just randomly if I haven't perfected my psychic powers by the end of the week.

This would be my team:

Lobo (who desperately needs his own movie)
T-800 (with T-1000 hunts his ass)
Indiana Jones (with Marion on his side)
Marty McFly (with DeLorean and Dr. Brown on the phone, of course)
Danny Torrance (the grown up from Dr. Sleep)
My brother (he's almost Superman and I love him)

Thx for the giveaway.
Reactions: Futurhythm

Batman - he has the gadgets
The Joker - need someone to do the insane stuff no one else will right?
Harley Quinn - rest assured, this won't be all Batman related but I NEED Harley involved.... for erm..... important stuff.
John Wick - No explanation needed, the guy is awesome.
Terminator - T-800 Model 101, maybe the upgraded version from Genisys where he falls into the mimetic alloy and comes out T-1000-ified.
Leeloominaï Lekatariba Lamina-Tchaï Ekbat De Sebat - aka LeeLoo from Fifth Element because I'd like a badass lady to can do just as good as the guys. In fact, you could just change this entry to Milla Jovovich herself since she was Alice in Resident Evil.

Thanks for the giveaway.
Reactions: Futurhythm

Thank you for this great giveaway! Boyfriend loves Big Hero 6, so I should add this to my collection at some point. xD

I imagine this would be INCREDIBLY entertaining to watch.
Reactions: Futurhythm

Thanks for the giveaway.

Thank you for the giveaway !

Here is some Girl Power spirit

Thanks for the giveaway!! My team would be:

Thanks for the giveaway.

Thank you for the giveaway!