You are using an out of date browser. It may not display this or other websites correctly.
You should upgrade or use an alternative browser.
Added to Calendar: 04-05-22 back artwork is crap
Reactions: Masta Norris and Shark

tha_lunatic said:
back artwork is crap
Click to expand...

Is the trend for older Paramount titles for a while now. Quotes.

The back is pure cringe. It's like something you see on the back of a shirt someone is wearing at a grocery store who has really strong opinions on immigration and vaccines. 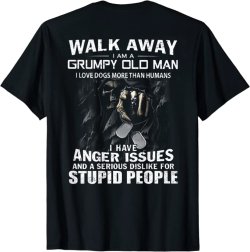 I already have steel and 4K. Gonna pass this one.

I've just looked at my steels, and remembered that these were already released before, with exactly the same artwork and quotes on the back, for both movies, only, I think, as Best Buy exclusives (and BD+DVD), and title was vertical. I got the second one, with a comic booklet. It's matte, no embossing.
But for the first film I have a black steel with Cruise's face, embossed frame and title, and the photo used on the front here is on the back, but with a background - city lights and the red car, so better. Same inside picture.
So I won't be buying this either, better get for same money UHD discs for 2 films, and replace the DVDs in existing steels again...
Reactions: 5t33lb0y

This is a Best Buy exclusive that released today. It is only available for in-store purchase at this time.