Greetings! We have a couple of very fun releases in store for you this week so we'll get right to it. For the first time, we are pleased to feature the 2004-2006 Animated Superhero Television Series, "Justice League Unlimited" by designer and illustrator, Dave Perillo! JLU was a direct sequel to the Justice League Animated Series and focused on the majority of the DC Universe. Dave showcases some of DC's most iconic characters displayed in their classic animated form! 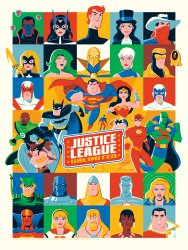 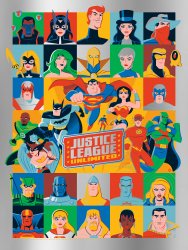