Buy now for 300.00 USD
You don't have the permission to purchase
You are using an out of date browser. It may not display this or other websites correctly.
You should upgrade or use an alternative browser.

Thank you for taking a look at this thread! I've been off-loading a few items from my library and with the thinning of my Marvel Collection, I thought it was best time to let go of one of the first steelbooks that I purchased here on the Hidefninja Forums.

The Steelbook that we have today is the Blufans Exclusive Mondo xSteelbook #17: Marvel's The Avengers, featuring artwork by Tyler Stout and a signed by the legendary Stan Lee.

The Steelbook itself is in pristine condition and has been kept in immaculate collection by a very anal collector (me). However, the PET Slipcover that denotes this steelbook as a *variant* suffers from a ding that has existed since it was mailed out by Blufans Media. The ding is on the front and back of the slip and is nearly impossible to see unless catching the light specifically, but please be aware that it is there. The last photo in this thread shows where it is on the sleeve, but again, it's almost negligible. For those of you aware, there was a heavy warping effect that occurred on the Slipcovers when these steelbooks were packaged, and as a result, Blufans provided their customers with replacements. This replacement is not perfect, but it is in the same condition that I received it in and is in much better condition than those that were warped in their shrink wrap by the initial packaging.

The real attraction of this steelbook is the signature that exists on the inner front plate of the steel- with Stan Lee having signed the Steelbook interior at New York Comic Con prior to his passing. The steelbook is still labeled with it's current edition number, with its numbered designation sticker having been removed from the shrink wrap and placed within the interior of the steelbook for safe keeping. Also inside this steelbook is the official autograph seal that indicates the authenticity of Stan Lee's autograph, also provided at New York Comic Con. The signature itself is protected behind the Steelbook's jewel case, and the monochromatic art by Tyler Stout beautifully contrasts the metallic gold signature from Stan "The Man" himself.

Included below are photos of the steelbook, but if you have any questions about this, please don't hesitate to ask! The price on this steelbook is also negotiable, so if you'd like to inquire, please shoot me a DM! 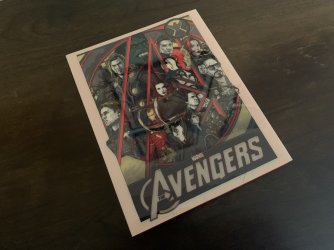 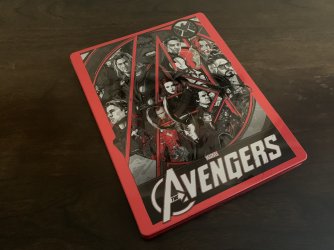 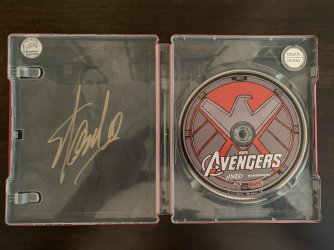 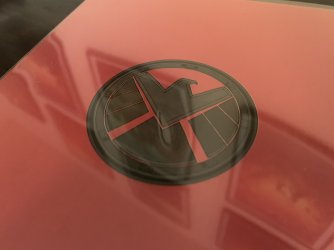