This week, in our continuing quest to bring you amazing books that deserve to be part of your collection, we’re putting together some of our favorite recent music titles. Some are new, some you may have missed, but all of them need to have some shelf space reserved for them. If you like hip-hop, metal, comics, disgusting space monsters, or all of the above, we’ve got you covered.


All of the books will be on sale TODAY at 3PM (CT) via mondoshop.com. 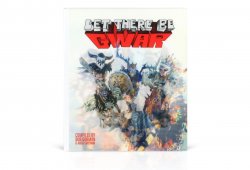 Let There Be Gwar - By Bob Gorman and Roger Gastman and published by Gingko Press. Expected to ship in March 2020. Ships Worldwide. $59.95

Covering the beginning of time at The Dairy in Richmond Virginia, where the band first met, to spreading across the land like a disease, this book is a record and testament to all that is GWAR. Music changed when GWAR entered the arena with their intense performances of blood spewing nuns, ravaging stage shows and outlandish costumes, all while entertaining and inspiring awe in the growing number of fans across the globe. Let There be GWAR takes you through the GWAR kingdom in photos, band posters, ephemera and interviews, chronicling their albums, comics and video in a blood-stained hardbound lux book. GWAR fans, known as The Scumdogs of the Universe, will unite and delight in the wretched world of GWAR through the pages of this monstrous book. With firsthand accounts of the group’s members plus never-before-seen photographs dating back to the mid-1980s, this 350-page history provides a thorough understanding of GWAR. The tome will also provide readers with an in-depth journey through the makings of a GWAR show, from production to performance to life backstage. 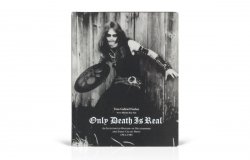 Only Death is Real: An Illustrated History of Hellhammer and Early Celtic Frost 1981 - 1985 - By Tom Gabriel Fischer and Martin Eric Ain and published by Bazillion Points. Expected to Ship in March 2020. Ships Worldwide. $39.95

This formidable oversized hardcover runs 288 pages (including a 32-page color section), and combines hundreds of unseen early Hellhammer and Celtic Frost photos with a vast treasure trove of artwork and memorabilia. A substantial written component by Fischer details his upbringing on the outskirts of Zurich, Switzerland, and the hardships and triumphs he faced bringing the visions of his groundbreaking bands Hellhammer and Celtic Frost to reality. In addition, the book includes an introduction by Nocturno Culto of Norwegian black metal act Darkthrone, and a foreword by noted metal author Joel McIver.

Without question "Only Death Is Real" goes farther than any other source in exploring the origins of underground heavy metal. The wealth of visual information is astounding, both in terms of documenting early 1980s headbangers and exposing the still-relevant imagery of the first Hellhammer and Celtic Frost photo sessions. On top of that, the written chapters combine Tom Fischer’s often shocking stories with lengthy quotes from Martin Eric Ain and the other main Hellhammer members, explaining in intimately human terms how extreme metal was born. 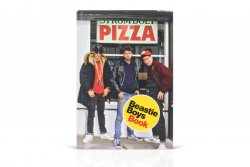 Formed as a New York City hardcore band in 1981, Beastie Boys struck an unlikely path to global hip hop superstardom. Here is their story, told for the first time in the words of the band. Adam “ADROCK” Horovitz and Michael “Mike D” Diamond offer revealing and very funny accounts of their transition from teenage punks to budding rappers; their early collaboration with Russell Simmons and Rick Rubin; the debut album that became the first hip hop record ever to hit #1, Licensed to Ill—and the album’s messy fallout as the band broke with Def Jam; their move to Los Angeles and rebirth with the genre-defying masterpiece Paul’s Boutique; their evolution as musicians and social activists over the course of the classic albums Check Your Head, Ill Communication, and Hello Nasty and the Tibetan Freedom Concert benefits conceived by the late Adam “MCA” Yauch; and more. For more than thirty years, this band has had an inescapable and indelible influence on popular culture.

With a style as distinctive and eclectic as a Beastie Boys album, Beastie Boys Book upends the typical music memoir. Alongside the band narrative you will find rare photos, original illustrations, a cookbook by chef Roy Choi, a graphic novel, a map of Beastie Boys’ New York, mixtape playlists, pieces by guest contributors, and many more surprises. 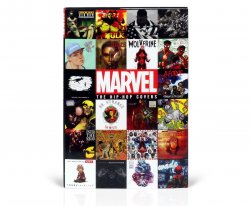 Watch creative worlds collide like never before in the ultimate fusion of hip-hop and the House of Ideas! With an introduction by award-winning author Ta-Nehisi Coates - a National Book Award winner, a recent MacArthur Genius Grant recipient and the writer of Marvel's BLACK PANTHER - this stunning volume showcases 70 comic-book covers inspired by some of the most iconic albums in music history. Experience page after page of incredible artwork featuring the heroes of the All-New, All-Different Marvel Universe - from A-Force to the X-Men - by an unbelievable roster of talent including Adam Hughes, Brian Stelfreeze, Jim Cheung, Mike Del Mundo, Sanford Greene, Jenny Frison, Phil Noto, Mahmud Asrar, Damion Scott, Tim Bradstreet, Keron Grant, Ed Piskor and more! Their finished covers sit side-by-side with behind-the-scenes sketches, showing the process of rendering some of the most famous images in hip-hop, Marvel style. Straight outta comics - and onto your bookshelf! 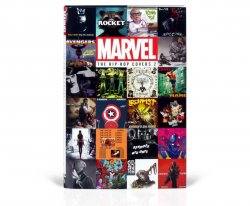 Marvel: The Hip Hop Covers Vol. 2 - Published by Marvel. Expected to Ship in March 2020. Ships Worldwide. $34.99
The greatest variant-cover program of all time rolls on into a second blockbuster hardcover - as more of today's hottest artists take on iconic hip-hop albums, mighty Marvel style! Industry legends like Bill Sienkiewicz, Terry Dodson, Mike Deodato and Adi Granov mix it up with fresh talents like Rahzzah, Risa Hulett and plenty more, spinning covers featuring a whole universe of characters -from Black Panther to Thanos, Rocket Raccoon to Elektra, the Avengers to Marvel's Monsters! Plus, go behind the scenes with sketches, designs and artists' insights! Fans, creators and recording artists agree: the hip-hop covers are here to stay!
Show hidden low quality content

[Mondo Books] The Art of Comics