Plot: Sequel to James Cameron's films, and the final film in the franchise. 6th film in total. 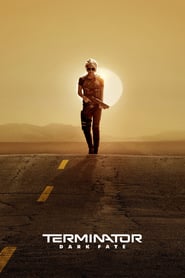 Heard about this. If it is an actual reboot, it might survive. As for any continuation, this story has far outrun its course.
Reactions: bloodsnake007

denizen said:
Heard about this. If it is an actual reboot, it might survive. As for any continuation, this story has far outrun its course.
Click to expand...

I wonder if Arnold will be involved with this new deal...
Reactions: denizen

Too early to tell. Some wonder if Cameron will skip T3-Genisys and make this a true sequel. But as much as i would love that, I feel the damage has been done. Maybe something fresh is what we need. New stars. New timeline. Possibly different mission.

I always thought a great T3 would have been to send the Terminator back to the 1950's to kill Sarah's parents. Kind of a retro Terminator flick and someone from the future would come back to stop it. Perhaps making Arnie the villain again. But that ship has sailed.

Arnold Schwarzenegger: I will be back in next 'Terminator' film

Arnold Schwarzenegger has said that he will be returning to the Terminator franchise and that a planned Twinssequel is set to go ahead soon.

Speaking to Screen in Cannes, where he is talking up new environmentally-focused documentary Wonders Of The Sea 3D with producer Francois Mantello [pictured right] and co-directors Jean-Michel Cousteau and Jean-Jacques Mantello, Schwarzenegger confirmed that he will star in a new Terminator film produced by James Cameron.

“It is back,” commented Schwarzenegger, who revealed that he had met Cameron recently and discussed the project. “It is moving forward. He [Cameron] has some good ideas of how to continue with the franchise,” the actor added, “I will be in the movie.”

He also said that a potential Conan reboot starring Schwarzenegger isn’t dead. “It’s being rewritten…the idea is to do it.”

Is this a confirmation that Miller will direct the final Terminator 6 movie????

Join filmmakers James Cameron and Tim Miller in LA on Tuesday 9.19 @ 7:30pm PT for an exclusive conversation about the upcoming Terminator! Hopefully there will be some more info on this in the next few hours then.

Granted after T2 they have been a bit pants, but I just love all things Terminator so if they make them, I'll go see them and likely buy various versions for home afterwards!

Just read that! HUGE news!! I wonder if they're going to try to coax Edward Furlong to get back into shape and return, too.

A reboot is the only way to go now... sad to say that Arnie is way past his prime too, so it's about time they found someone else for the role IMO.

I feel the same. Had they done this 20 years ago, no problem. But unless they make this full CGI, i suspect the next Terminator will take place at a retirement village.
Reactions: Drum18 and Noodles

denizen said:
I feel the same. Had they done this 20 years ago, no problem. But unless they make this full CGI, i suspect the next Terminator will take place at a retirement village.
Click to expand...

The Terminator is officially back. The sixth installment of the “Terminator” franchise hits theaters on July 26, 2019.

Paramount Pictures made the announcement on Wednesday. Linda Hamilton will be returning as Sarah Connor, with Arnold Schwarzenegger also on board to reprise the role of his iconic cyborg. The sequel will be produced by Skydance and series creator James Cameron. The upcoming film will mark the first time that Hamilton, Schwarzenegger, and Cameron will be working together on the franchise since 1991’s “Terminator 2: Judgment Day.”

Paramount Pictures is distributing, with 20th Century Fox handling the movie internationally. “Deadpool” director Tim Miller will helm the sequel. The untitled film will be based on a story by Cameron and Miller from a script being developed by David Goyer and Josh Friedman as part of what is planned to be a trilogy.

Plot details are being kept under wraps, although Cameron has said that the film will be a direct sequel to “Terminator 2: Judgment Day.”​

Woah!!!! That's wayyyyyy much sooner that I thought it would be!!!!!!
Reactions: Savage Clown and denizen

This could have a chance to be decent with Miller directing and Hamilton returning.
Time will tell but after a 25 year wait it could be the next decent terminator film
Movie information in first post provided by The Movie Database
Show hidden low quality content
You must log in or register to reply here.
Share:
Facebook Twitter Reddit Email Link
Top Bottom