The Negotiator, a film so good that TNT picked it up years ago and played it over and over again. The uncut version is so much better and it had been quite a while since I had last seen this one as well which made it all the better. TNT used to play this one almost as much as they play U.S. Marshalls, there was a time I wanted nothing to do with this movie since I had seen way too many bits and pieces during channel surfing. Thankfully, years have gone by and the Blu-ray adaptation has made it worth while.

Lt. Danny Roman (Samuel L. Jackson), a police negotiator, and his partner Nate Roenick (Paul Guilfoyle) discover that there has been embezzlement going on from the police retirement fund. When Nate is viciously killed, Danny is set up when they search his house and plant evidence to take the fall on the embezzlement charges.

When Danny confronts Inspector Terence Neibaum (J.T. Walsh), who works in Internal Affairs, trying to find out why he is being set up, things get out of hand and Danny winds out taking Neibaum and his entire office hostage. Danny insists on speaking only with Lt. Chris Sabian (Kevin Spacey), a police negotiator from a west side precinct who is unknown to their department. Danny’s hopes are that with Chris being an outsider, he can help him discover the truth behind the bad cops in his department that killed his partner.

What follows is a tense thriller as step by step, Danny gets closer to the truth behind the very people he has known and worked with for over ten years, building up to a rather predictable and yet intensely climactic ending.

The performances by Samuel Jackson and Kevin Spacey are as good as it gets, backed by terrific supporting roles from David Morse, J.T. Walsh, Siobhan Fallon, Paul Giamatti, and Michael Cudlitz.

The Negotiator comes with a typical 1080p VC-1 transfer and easily takes the best film release for this movie crown. Not surprising being blu-ray and all, but I was a bit worried knowing how dark this movie can be with many dark scenes. I thought their might be tons of grain, but the transfer was done excactly how it was supposed to be, with top notch attention. There is tons of fine detailed moments that really bring out the most in Samuel L. Jackson’s face to show you the true definition of Blu-ray. For a movie that is aging in the years quicker than a bottle of wine The Negotiator still was able to look extremely good. I know this movie isn’t really that old but with the amount of times it’s been played on network TV it can at times be very fresh on people’s minds. A clear scene of notation is when Danny’s partner tells him to meet him by the pond/lake? It’s a very dark scene but still is able to capture the quality of this transfer on blu-ray. Superb. The only downside is sometimes the colors don’t pop out like some would relate to other releases. (i.e. TDK) 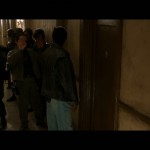 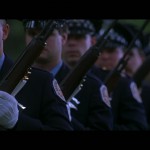 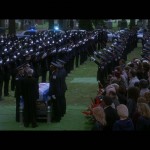 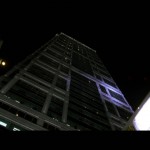 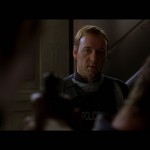 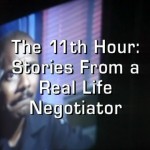 The Negotiator comes to life with a Dolby TrueHD 5.1 audio track that will really put your sub to work! Lots of gun shots and helicopters flying by, glass shattering, and loud banging really allow this one to shine in the sound effects area. Dialouge reproduction is fine and the clarity is better than any other prior release. Your front speakers and center are going to be the ones pushing most of the work here on this one as the environment doesn’t truly engulf you like maybe it could have with more rear speaker activity. None the less, The Negotiator sounds great for its soundtrack on blu-ray, but still leaves a little to be desired.

“The 11th Hour: Stories from a Real Life Negotiator” (SD, 7 minutes) This one here to me was very interesting and thus helped its score, but I could see if people didnt like this then they would be really upset about the slim supplements on this release. LAPD Negotiator Todd Rheingold discusses in this peiece the challenges he faced over the years of his career.

“On Location: Why Chicago” (SD, 17 minutes) This one breaks down why excactly they chose Chi-town.

The Negotiator stands out amongst other movies of its genre because of it’s tight scripting, excellent acting and photography, and the obvious fact that the actors involved were working as a close team. This is a great thriller, tense from beginning to end.

I like the fact that it is definitely enjoyable even after the second and third viewing, knowing who is who the second time around and watching the interaction from the new angles, and appreciating the performances all over again. Although this disc came with some slim supplements it still delivered in the PQ and AQ department to merit a purchase if you’re a fan of the film. Another classic Samuel L Jackson flick so if you love Sam then this Blu-ray is worth the purchase.

3 thoughts on “The Negotiator Blu-ray Review”