If you ever find yourself stranded on a deserted tropical island, would you know the steps you need to take to survive?

The JUNGLE SURIVIOR BASICS class at LOST UNIVERSITY will give you basic information to survive until you are rescued. This class will be taught by several “LOST” cast members via never-before-seen interviews with:

“Professor” Jeremy Davies will also teach the class NEW PHYSICS WITH JEREMY DAVIES this semester that will focus on cutting-edge physics seen on “LOST.”

Classes begin at LOST University when LOST: THE COMPLETE FIFTH SEASON arrives on Blu-ray on December 8, 2009.

ABOUT LOST UNIVERSITY
LOST University is a captivating new immersive bonus experience powered by BD-Live technology on the upcoming “LOST: THE COMPLETE FIFTH SEASON” Blu-ray that will expand the world of “LOST”, giving viewers around the world an unprecedented interactive experience unlike any other before it. For more information, please visit www.lostuniversity.org.

Shout out to Walt Disney Studios Home for the official pics. 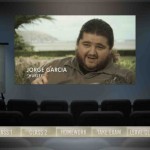 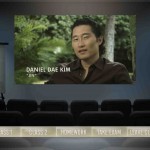 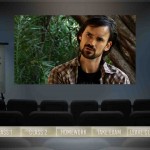