The Final Destination releases to Blu-ray with much a buzz due largely in the fact of the recent growing popularity over the past year with 3D. 3D is making a comeback that is bigger and better than ever, just this past week at the CES Blu-ray revealed its new Blu-ray 3D logo and it was right on the tail end of The Final Destination’s blu-ray release. However, this entry into Blu-ray 3D is not the same as those upcoming. This is your typical red and blue glasses 3D outing. The Final Destination comes packing the same old plot, near death premonition, survive said real event and then try to survive the future events since they cheated death. What makes this one different than the rest? Not much, side maybe the 3D and the more cool and brutal death scenes and a cast full of unknowns except for the security guard who’s name even at this very moment escapes me. (What does that tell you?)

Opening up with the much advertised race scene from the trailers, Nick O’Bannon has a horrific premonition in which a chaotic sequence of events causes absolute mayhem. What happens next kills many people due to a catastrophic crash, including himself and friends. Once he snaps back into reality he panics and pleads with his friends to leave and quotes upcoming moments to prove to them of his concerns. Sure enough, tragedy strikes and Nick’s frightening vision becomes a reality.

After cheating death, the group has new hopes, but unbeknownst to them death has other plans. Nick’s premonitions come back and suddenly one by one the surrivors from the deja vu like panic that he saved begin to die. As always in the Final Destination franchise the group must now figure out a way to cheat death once more to stay alive, or suffer the fate of his own Final Destination.

My personal opinion, if it wasn’t for the cheesy yet cool death kills then this tired plot would probably be lamer than it sounds. However, for just a typical good spirited mood of a night and some popcorn at hand this can be rather enjoyable in a gorey, shameful, almost sadistic type of way. Haha.

The Final Destination comes your way to Blu-ray disc with a 1080p VC-1 transfer and nothing is left to be desired. That is, assuming you originally desired blood, guts, and gore on your hi-def display! Colors pop and blacks are just that, black. All color representation is exceptionally well, the scenes involving water really stood out for some reason. Scenes like the car wash scene, and the one around and in the swimming pool. (Screen Shot provided below) This one definitely doesn’t suffer from any bad lighting or unintended grain and the fleshtones really pop, maybe too much in a surreal look. Never the less, solid transfer from WB and fans of the FD franchise will be smiling from ear to ear. 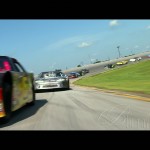 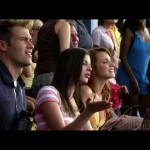 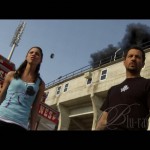 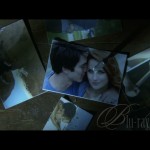 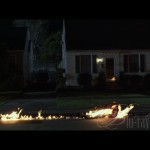 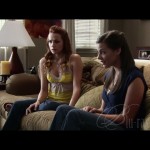 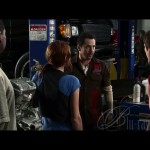 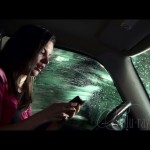 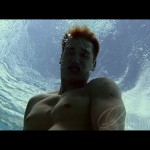 The Final Destination crashes on the scene with a bangin’ DTS HD-Master Audio 5.1 surround track. This is by far the best thing about this Blu-ray release, 3D included. In fact, I value this reference quality audio track way more than I do this kid-like 3D effect that lacks what 3D is putting out these days (i.e. Avatar) Enough rambling, back to this red hot audio track! Your subwoofer will be in full effect on this one and even though this track is front heavy your rears will be utilized as well. I think most probably knew, or atleast expected a hell of an audio track what with all the special effects and crashes and such. And we got just that.

The Final Destination races onto the scene with almost an hour of extra footage and both 2D & 3D versions of the film combined with a digital copy to boot. Below is a list of the extra footage.

Racecar Crash and Mall Explosion: Check out the visual effects and storyboards of some of the most important scenes in the film.

Body Count: The Deaths of The Final Destination: The filmmakers and actors discuss the death scenes, a nice intriguing peice.

2D and 3D versions – Personally I didn’t like the 3D version at all … It looked cheesy and nothing like in theaters. I thought this would be compatible with the new 3D tech but it was still the old red and blue glasses. My TV is 3D ready, and I’m excited for the new tech, so by no means am I bashing this 3D on this movie for the hell of it. The projectiles being thrown out at you is though however pretty cool but it just didnt look all too great.

Digital Copy – Self explanitory. The Final Destination comes with a digital copy disc with a code to enter to access it.

Overall, if you’re looking for a good popcorn flick then you came to the right place. It’s the same old cheesy Final Destination plots but with some cooler death kills. The picture quality and audio quality are way above average and the 3D is novelty. The Supplements add quite a bit and the release comes with a digital copy and both 3D and 2D versions of the movie. (In a cool lenticular slip cover case I might add) It’s no secret this series has always appealed to the younger generation and this one is no different. Given the information provided, if this appeals to you then I recommend this flick. If this doesn’t appeal to you, perhaps just a rental would suit you best. The acting is average, the plot is tiresome, the special effects are pretty damn cool. This is by no means a gripping movie, this is just purely 2 hours of entertainment at best. Fans of the franchise should be excited though as they already know what to expect and the PQ and AQ are top notch for a film of this nature. Enjoy.