Rob Zombie’s Halloween 2 … Are you scared yet? Well you ought to be! Halloween 2 slices on the scene once more since 2007’s first reinvention of John Carpenter’s horror classic Halloween. Back behind the helm is none other than your favorite rocker turned horror film director Rob Zombie. Are you spooked yet? No!? Check out that screen shot, it’s scary! C’mon, admit it … you got one eye closed! All joking aside, there have been different opinions on this film and they seem to be like day and night. I recommend watching the directors unrated cut your first go-round as it gives more context to the scenes and story.

Halloween 2 picks up and follows the aftermath of Michael Myers’s (Tyler Mane) murderous course of destruction through the eyes of heroine Laurie Strode (Scout Taylor Compton). Myer’s is back in this grim shaded horror film and is seeking closure on his very own disturbed past.

Laurie Strode tries to heal the psychic wounds from her encounters with her brother Michael Myers by building upon a relationship with Sheriff Brackett and his daughter Anne (Danielle Harris, star from Halloween sequels). Dr. Loomis (Malcolm McDowell) has give up his connection to Laurie in turn to exploit his relationship to Michael with a book about the serial killer. All the while, Michael is lurking about the outskirts of Haddonfield, searching about and having visions of his mother (Sheri Moon Zombie) with the urge to find his sister at any cost so the two can be together. So yeah, freaky.

The picture quality of Halloween 2 is that of which many veteran blu-ray enthusiasts could come to expect, given the dark nature of the film. In layman’s terms, there is strong evidence of film grain here. Early blu adopters might be bothered with this but really need to take into consideration the essence of the film, its scenery, and if and what the director originally intended. In this case, I doubt this much grain was intended but there are a few scenes that really add a certain amount of depth and character to the moment.

Overall, I was pleased but I’m not as picky as most when it’s a horror movie as I kind of expect it going in. (If there are plenty of dark scenes.) However, if there are plenty of dark scenes then I want my blacks black! When intended to be. Halloween 2 failed on quite a few occasions to really pop with those blacks. It seems as if it was hit or miss in some scenes though out of the few misses there were tons of hits.

The film uses different video techniques that allow this one to really show the vision of Rob Zombie’s Halloween version. The video quality on this one really sets the tone and eeriness of the movie and for that I commend Sony and Rob for pushing the envelope on that one. Fans will be happy regardless whilst those who don’t understand will do just simply that, not understand. 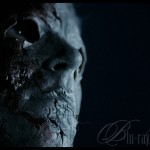 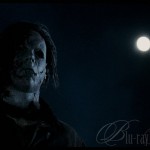 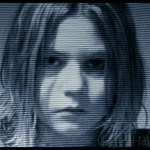 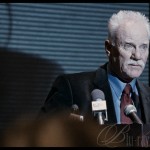 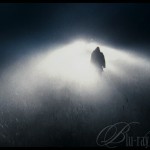 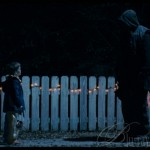 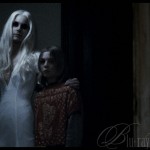 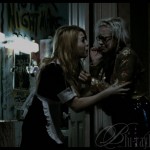 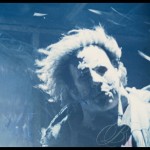 Halloween 2 stomps its way onto Blu-ray disc with a thunderous DTS HD-Master 5.1 lossless track. When you think of horror films, you think of their scores and sound effects that should really set the tone when viewing one. Halloween 2 is no different, and thankfully it knocks this one out of the park. I truly hope you don’t have neighbors close next door when watching this flick! Halloween 2 rings through your speakers engulfing you in the action with its grisly sound effects and utilization of all speakers in your set up with ease. The musical tones match that of the dark and gritty visual feel the move casts and the clarity of both the vocals and sound effects is heard to the utmost precision. Audioholics can rejoice with this release as Sony pictures comes through once again.

Halloween 2 makes its release onto blu-ray disc format with an average pack of supplemental material. The supplements are all in 1080p which is a blessing compared to some of the supplemental packages these days with 480 standard. Let’s take a look at what it has to offer.

Commentary track with Writer/Director Rob Zombie – Rob covers a range of topics regarding the making of the film.

Deleted and alternate scenes (1080p, 25:14) From auditions, bloopers, and make-up test footage this section is loaded with extras

It’s that time again, time for the bottom line, the final assessment declaring whether or not to run out right now and purchase/rent this flick or skip it altogether. Well let’s just have a quick break down of what this release brings to the table. It features the unrated directors cut that Rob Zombie himself wanted you to see.

It features a slick video presentation that while it may not wow your typical viewers and thus stir up lots of controversy it does reek of uniqueness and is refreshing and campy like compared to other horror films. It does have some grainy sequences, though director intended. It has an EXPLOSIVE audio track that captures the essence of every blood curling moment, and for audiophiles that alone would merit a purchase. The supplemental package is decent with the amount of extra footage and the commentary track but I kind of wish a digital copy was supplied.

Overall, this film may or may not be for you when dealing with the eccentric video quality and basis of the movie itself. However, for those interested in the above aforementioned information you’ll probably find yourself more than pleased with your purchase. I recommend this title for at least a viewing if not a purchase based on the type of movie fan you are.