It’s here, the BRUCE is here! Surrogates has finally dropped to Blu-ray disc and released today no less! I know what many have heard, that Surrogates isn’t all that its cracked out to be. Well take the setting for Surrogates, and that right there should tell you that many would not like it. It’s different, its futuristic, but at the end of the day it still got exceptional performances out of Bruce Willis, James Cromwell, Ving Rhames & Radha Mitchell. I believe everyone played their part well, and although the story may not be the most gut wrenching intriguing story there is it’s definitely an amusing, entertaining, experience.

In the not so distant future, we no longer have to leave our homes and put ourselves at risk. Instead, we live our lives through surrogates (mechanical robots living our lives out through our every thought) as we can take a lot more damage in light of accidents. Bruce Willis plays a cop that begins investigating a mysterious case where a user died when his surrogate was blasted with a futuristic like ray flash gun of sorts. The man who was killed happened to be none other than the son of the inventor of surrogate technology. Fear not, I wont go off on a tangent and spoil the movie for you. The drama unfolds as supposedly it is not even possible for a surrogate to die in the world and kill its user in the process. Ultimately Willis is forced to enter the world as his human flesh so he can cross over to one of the few human camps to investigate. It’s great to see a real live human running amongst the surrogates and the directorial brilliance that is often overlooked by none other than Jonathan Mostow. (Director of Terminator 3)

Cromwell does a great job in his mysterious character and his acting is superb, as always. Surrogates succeeds in many areas and fails in few. It’s definitely more sci-fi than action but the action that is within the movie is sprinkled in nicely and should appease the somewhat necessary action sequences in a sci-fi flick. Check out this movie and judge for yourself, It’s worth a viewing.

Surrogates races its way on to Blu-ray disc with a 1080p AVC encoded transfer. Surrogates is vibrant in color and has exceptional picture quality with slight instances of grain. The explosions will rock your HD set up when they come to life almost as if they are coming through your screen. You can really tell the vivid detail when you see a surrogate get smashed and the robotics are shown. The characteristics of the film quality really shine in these moments in my personal opinion. Although a few scenes look as if they may suffer from some smudging the overall video quality for Surrogates on Blu-ray is fantastic. Videoholics will be pleased as I definitely am. Nice strong transfer. 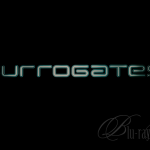 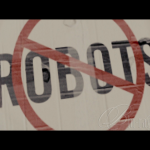 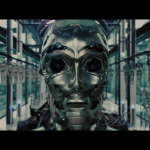 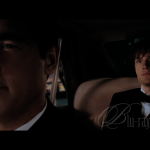 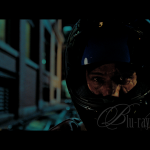 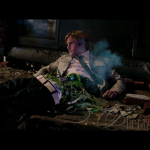 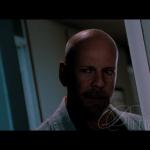 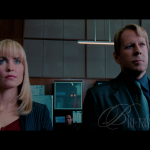 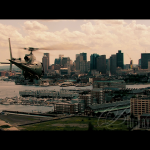 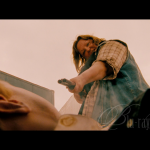 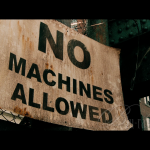 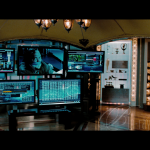 Surrogates blasts on the scene with a powerful DTS HD Master 5.1 audio track that will put that sub to work! Although it’s no Terminator Salvation in the sense of overworking your sub, but it definitely has its share of explosions and crashes that will rock the house! Dialogue reproduction is clear and the center channel is utilized marvelously with high clarity. The rears get some action due to some chase scenes and engulfing sound effects moments but not a highlight by any means. The fronts will carry the bulk of the load for this one and do so sparingly. The audio track is where this release shines maybe the most, although the video quality is a tuff contender. Overall, it’s definitely all that you would want from a new age blu-ray release. The scores are also very fitting for the scenes and everything seems real tight and on point. As far as the audio quality is concerned, I’d say the chase scene was one of my favorites.

The supplemental package is above average compared to blu-ray disc releases as of late but the lack of a digital copy is a bit of a bummer. None the less, some good features within but it seemed as if there was still a bit of room for improvement. However, the exclusive to Blu-ray features are a plus compared to the dvd counterpart.

A More Perfect You – The Science of Surrogates (HD, 15 minutes) – One of the more inspiring peices is a peice where the cast talk about the film and experts lend their knowledge and know how of this film and future robotics. An amusing peice.

Director Audio Commentary – The highlight of the extras many would say. Jonathan Mostow goes over everything in the film and really depicts the film and the characters and the challenges that arised while making the film. Although sometimes a bit redundant, it’s definitely an intriguing peice.

Deleted Scenes (HD, 6 minutes) – Contains 4 deleted scenes. They aren’t jaw droppers by any means and are from pre-special effects but its nice to see them none the less.

Breaking the Frame: A Graphic Novel Comes to Life (HD, 7 minutes)- Whoa, pretty cool but could be a lot cooler if it was sayyyyy 23 minutes longer? Yeah, 30 would of done the trick but instead its like a quick blip.

And here we are, the bottom line. Surrogates made a great release onto blu-ray disc and in the small parts that it lacked it more than made up for it in the video and audio quality department. Fans of the film and of either Bruce Willis or Jonathan Mostow will be pleased with the quality and attention to detail this film was given. The supplemental package although offering quite a bit more than its DVD counterpart still seems to just feel as if its lacking a bit. Perhaps the admission of a digital copy could of really pumped the supplemental package up. But fear not folks, still a quality release onto Blu-ray from Touchstone pictures and Disney/Buena Vista. This is definitely worth a viewing and perhaps a purchase if you’re a fan of the film/actors or want to take advantage of the $10 MFG coupon going on. (available in our Hot Deals Forum)