The crazy man is back! Back from serious drinking, back from trying to make amends with his ex-wife, and back starring in a film once again. Yes, that crazy guy is none other than Mel Gibson. (Braveheart) He does crazy stuff, sure; but I’m still fond of him as an actor. Mel Gibson will still go down as one the best actors of this generation. Additionally, if he keeps popping out great movies that he’s directing then he could work himself into that category as well. (Great directors, notable titles The Passion of the Christ,Braveheart)

The Edge of Darkness is damn near something of brilliance. I was honestly surprised and am a bit ashamed I never got around to seeing it in theaters. It would have definitely been worth the price of admission. A well written script coupled with great performances really made this one stand out. Honestly, when viewing the previews prior to release I thought this was going to be just another wanna-be “Taken” but it is far from that. Edge of Darkness stands on its own and has its own identity and can stand side by side with Taken any day!

Do not pass on Edge of Darkness, it’s worth the watch and has a great plot that is both unique and fresh. It’s no wonder they were able to make this into an entire series before this ever hit the big screen. Blu-ray Steelbook lovers can also get their hands on this title when it releases in Australia. Visit bluraysteelbooks.com for more information on obtaining the title in steelbook form.

Edge of Darkness is anything but like its title. It seems to hold very true to its form and hits the colors magnificently. Very seldom is there film grain, and the few instances are nothing bothersome. The downside if any is that ol’ Mel is getting a lot of wrinkles and they are showing up big time with this awesome 1080p Blu-ray quality haha. Shouldn’t be any major gripes from anyone in the picture quality department. Nice transfer. 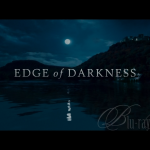 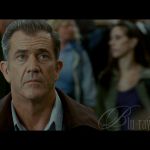 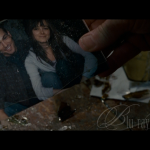 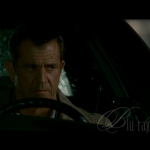 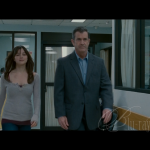 Because there is some good crashes and shots that fire off in this movie the audio transfer really allows it to shine. Shots bang out with booming bass and high pitch fire shots. Crashes make you feel like you just got hit by a car literally. Heh. Dialogue reproduction is tightly mixed and comes across your fronts and center smoothly with good clarity. For what this film requires, the DTS-HD Master 5.1 track knock it out of the park. The rears even get love on this transfer as they can engulf you in your home theater as you get plenty of simultaneous output in unison.

The supplements may not come in the plentiful what with around only 45 minutes of bonus footage. However, they are very interesting and intriguing for anyone who really enjoyed the film. I personally always count the addition of a digital copy and DVD as supplements so that helps boost the score a tad. Sure, its not bonus content in the sense of new material but for the package in a whole its definitely worth something. The Focus Point features is where the majority of the content lies as the deleted scenes weren’t really much to be considered “special” features.

Personally, I could be considered a Mel Gibson fanboy in the sense that I damn near enjoy every film he has been in. However, I still feel strongly about the storyline and plot behind this film that made it just as good as Taken for me. Sure it’s not Braveheart but it was definitely a good movie and the Blu-ray transfer was way more than average. The picture quality is good and the audio transfer gets the job done and then some for a movie of this type. While the supplements may lack in the sense of quantity they still have some good interesting quality pieces in them for casual seekers of special features. Throw in a DVD and Digital copy and it should help merit your purchase. I recommend this title but for those who may still be on the fence about it then perhaps a rent would suit you best first. None the less, its definitely worth a viewing so don’t miss out on it!