Have you ever described a film to a friend and told them that it gets better on multiple viewings? I know I have. How odd this thought is though. Perhaps it’s like wine which gets better with age? Is it just that I’m more humble and can find a deeper appreciation for the film? Whichever the case, “Insomnia” fell right into the theory.

Long ago when first viewing I felt that It was such a letdown. Being a huge Pacino fan maybe I was just expecting more action at the time. Flash forward many years later and I’m really diggin’ the film. Robin Williams and Al Pacino alike nailed their characters. You couldn’t help but root for Pacino to get some shut eye. (Haha)

Nolan directed this superbly adding a great deal of character development so you could really understand each character. The scenery and clothing really fit each scene well. The Blu-ray is nothing short of amazing for a film of this nature. If you are looking for a thriller to add to your collection than you might want to check out Insomnia as the star studded cast doesn’t disappoint.

Insomnia starts out when a murder has taken place in a small Alaskan town and Pacino is sent in to investigate. In the midst of his investigation whilst chasing the bad guy (Walter Finch) Robin Williams through thick fog he is fired at … after returning fire and hitting his target he finds out that it was his partner that was shot.

Pacino is forced to cover up his dirty deed whilst still tracking down the suspect who is now the only witness to see him shoot his partner. Robin Williams tries to bridge the gap between the two by explaining how they are one in the same and whilst each has their own new motive the case takes an interesting turn and twist. Insomnia is a thriller of different proportions but definitely a great watch.

Insomnia really had a much better video transfer than I thought was imaginable. I was very pleased that the blacks were well represented and deep in color while all other colors popped where need be. I thought the fog scene was going to be horrid but I must admit that I was impresssed. Hands down, the best video quality that Insomnia has had since release. Couple that with the fact that it really brought Nolan’s direction alive with all the eery moments played out through the scenery made this a true treat. Pacino fans will be happy. 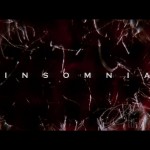 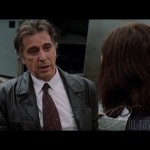 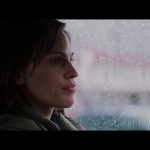 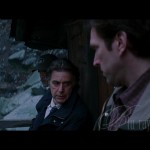 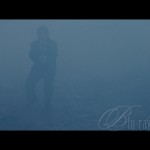 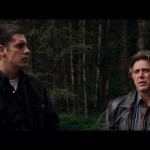 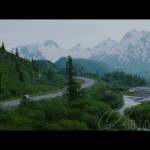 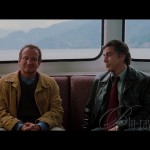 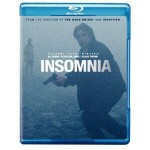 The audio was bangin’ at least for a slow thriller that is. ^_^ The gun shots rang out with extreme clarity, they really nailed it right. The dialogue was smooth and easily understandible with the fronts and center baring most of the work. The rears really could have been utilized more if you ask me, but hey … who am I? For what this movie needed, this audio track truly delivered. It didn’t need much, but it seems like there was a fine attention to detail none the less. Even in moments where I expected to have to turn the volume up due to low voice conversations being held on screen between Williams and Pacino I didn’t have to. I’ve seen this movie on DVD, being a big Pacino buff, and it was nice to know that in parts where I fully expected to mash on the volume it never occured. In fact, the time I did mash on it was to turn it down during gun shot scenes. Heh. Great Audio Transfer!

Day for Night (SD, 8 minutes): Behind the scenes feature.

In the Fog (SD, 12 minutes): Cinematographer Wally Pfister discusses the scene and how it was shot.

With an improved audio track and great video transfer any fan of this movie should buy this hands down. Any Pacino or Robin Williams fan should buy this hands down. Some intriguing supplements and as of right now movie money to go see Inception ($7.50) is a very nice bonus. The movie wasn’t a blockbuster, but it has great acting and is top notch for a thriller. For those even the slightest bit interested in this title I highly recommend it. Especially if you have any interest in seeing Nolan’s new film soon to hit theaters, Inception.

One thought on “Insomnia Blu-ray Review”