Before I get into in endless rant, let me just say that no matter what the category of fan you are for this movie just know that finally you can watch it in blu-ray bliss. However, this title does happen to skip a few beats, but you’ll find that out later.

As already stated this film was adapted by the famous children’s novel from Roald Dahl, the story tells of James, whose parents were killed by a mysterious rhinoceros. He lives with two cruel aunts named Spiker and Sponge, who do nothing but verbally abuse him ever since he has moved in with them. On a typical summer day, James comes a cross a stranger who gives him a bag of “crocodile tongues.” These tongues are important, as the stranger tells James that these will help him find happiness.

Unexpectedly, James trips sending these tongues into the roots of a peach tree. Within moments, a particular peach grows until it becomes the size of a two-story house. With the aunts making money off of this strange phenomenon, James finds himself inside the core of the peach, where insects living inside have also evolved. A centipede, grasshopper, spider, ladybug, and earthworm become his friends. What comes next is a fantastic adventure, as James and friends are on their way to New York City to find happiness. Imagination run amuck.

This was a very hard one for me to judge this time around. To be completely honest, in one hand I want to bash it for grain and poor reproduction sequences. But on the other hand, I want to tell people to wake up and smell the coffee and realize that a film of this nature is BOUND to have grain due to the many dark and eery scenes. It’s Tim Burton for crying out loud. Although Tim Burton it may be, it’s no Nightmare Before Christmas. If your a die hard fan then you will probably be much like me and accept any type of upgrade with the wonderful world of blu-ray. However, you’ve been warned … many dark scenes and no extreme attention to detail does leave this lacking quite a bit and yourself scratching your head wondering if this transfer could have been better. Still more good than bad, hence the rating I’ve given it. 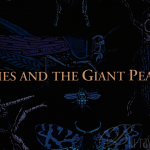 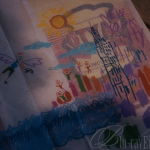 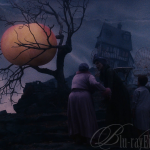 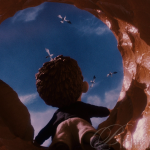 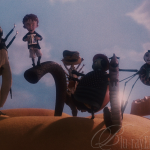 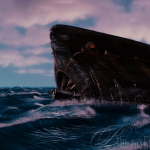 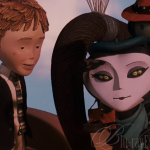 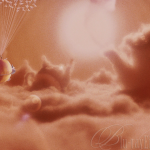 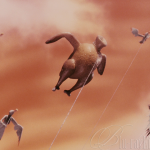 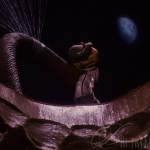 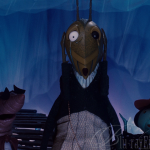 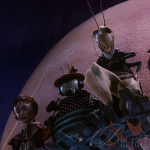 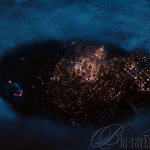 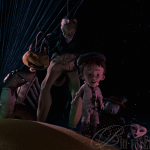 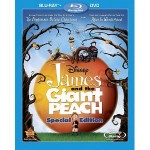 I believe this is the 2nd review I’ve done since having a totally dedicated Home Theater room. On-topic, James and the Giant Peach was rocking my theater! Off-topic, I loved it with some peach tea! Peach tea!? Uhm, no. Try Sedona’s Oak Creek Amber Ale! The vocals were great and mixed tightly as they were crisp when coming through my speakers. Speaking of which the dialogue came through great as the fronts and center took care of the work. The sub packed a lot more action than I anticipated for this movie. Not a whole lot of rear action, but the audio track in a DTS HD Master packed more than its necessary punch for this film.

James and the Giant Peach on Blu-ray does lack one thing. Well, more like a few things. That’s a good set of supplements. I do give them credit for throwing in a dvd with the release which can be more than handy half the time. However, with a lackluster line up of extras for this title you’d hope they would at least throw in a digital copy too.

The BD features the boasted “Spike the Aunts” which is just an interactive game. Along with this is a cut of the original theatrical trailer, Randy Newman Music video, still gallery and the EPK archive which is like almost 5 minutes long. Plus a production featurette. The addition of the DVD as a supplement is what boosted this rating.

The Bottom Line, James and the Giant Peach should be had by its fans. It’s an upgrade in the audio department in an extreme amount. The video quality suffers a bit but only because of some of the dark gritty scenes and times where colors just arent as vibrant as one would like. However, true to its origin. So take your slice of the Peach (bad pun I know!) when it comes to that. You can either bare it or not. The supplements aren’t much of an upgrade, but the interactive game is pretty fun especially for kids. Sure an adult wont plug countless hours at it but a younger kid may. James and the Giant Peach is a classic no matter which way you put it. The blu-ray could have been better but its still the best version out there. Make your choice wisely if your out on a limb. If you love the movie regardless, then what are you waiting for! Add to cart!

2 thoughts on “James and the Giant Peach Blu-ray Review”