The Prince of Persia “The Sands of Time” is supposed to be an adaptation of the famed video game franchise though it has only a handful of moments in comparison. Originally many thought and still do think that Jake Gyllenhaal was a bad choice for Prince Dastan. I think those people are too extreme of critics and that he made a great choice. If anything it was some of the lackluster so called love scenes between Dastan and Tamina that may have given off the watered down perception perhaps. Speaking of Tamina, Gemma Arterton played her part very well. Disney joins Jerry Bruckheimer coupled with Mike Newell in creating what should have been a resounding success at the box office. Although, this one fizzled. Why that happened is not apparent from this blu-ray entertaining experience.

Jake Gyllenhaal hits the scene as the daredevil Prince Dastan with just the right dose of stunts, charisma, and finely tuned comedy timing: he makes a great hero on screen, but the costumers should have allowed him to feature his well-developed physique he worked on for this role. But he makes the little orphan boy turned royal family believable and lovable. His adopted father, the king of Persia (Ronald Pickup), his ‘brothers’ (Toby Kebbell and Richard Coyle), his sidekick Bis (Reece Ritchie – keep an eye on this actor), and his evil uncle (Ben Kingsley) all contribute solid roles with quite a bit of philosophy about family ties and loyalty. The key to the story is the siege of a borderline rival kingdom ruled by the smart and fiesty Tamina (Gemma Arterton) who guards the dagger that has the ability to manipulate time. Throw in a group of evil assasins lead by Gísli Örn Garðarsson, some nearly unconquerable situations such as the world becoming a quicksand disaster, some wildly hilarious comedy (on the dark side) by tax evader Sheik Amar (Alfred Molina), and some changes that the time manipulating dagger can effect and the story spins to a conclusion. Overall its a great action flick and fun for the entire family, but don’t expect something with tons of substance that’ll leave your brain working at the end of it.

Just like many other Disney titles before this, the video quality for Prince of Persia “The Sands of Time” is impeccable. Absolutely fantastic, and maybe great news for Disney and Bruckheimer as this is a movie series they hope will turn into a trilogy much like the famed Pirates of the Caribbean. Honestly though that may be doubtful with the USA not embracing this film in theaters, but if the dvd/blu sales are high enough we still may see it. As for the video quality, I didnt expect less from this 1080p transfer. However I was still very surprised with how sharp everything looked since I had never seen this movie in theaters. It really appears like a lot of the sets were chosen wisely in terms of colors and design. It meshed well, and with the 1080p transfer it really stood out. Once again, top notch from Disney. 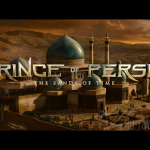 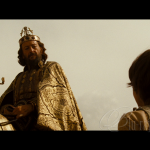 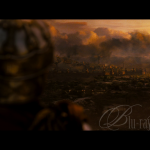 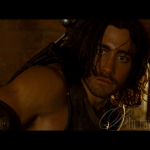 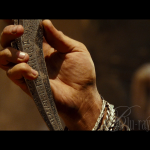 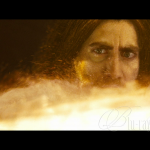 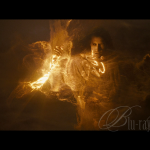 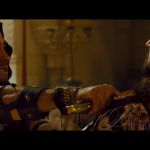 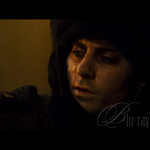 The audio track really shakes, the bass is utilized nicely and the clarity of dialouge rings out well with this wonderful DTS HD Master Audio track. For those with motion control you’ll be glad to know this title also has D-Box compatibility. Great audio track, only minor complaint is that the rears could have been used a bit more. The DVD disc features a regular DTS track.

The Bottom Line, Prince of Persia is a great popcorn flick and has some awesome stunts that’ll keep your eyes peeled. Although like many big time action movies these days many times they lack substance. However, so long as you can enjoy this for what its worth then you’ll be more than pleased. The Video transfer and audio quality are outstanding and though the supplemental features arent thick you still get great value with the included digital copy and DVD version. A great film for a family movie night, and of course then some when the kiddo’s want to continuing watching it via the DVD or digital copy on the go. Overall great all-round presentation from Disney and recommended by Blu-ray Entertainment Center.