It’s almost ironic how much love Tinkerbell is getting over say … one, Peter Pan? I mean where are all the Peter Pan movies? Would the boys really not dig it? Heh. Whatever the case, one thing is definitely for sure. Tinkerbell has been a great success to Disney in the revenue department! They got Tinkerbell everything. I went out last Friday and saw everything from Tinkerbell Toothpaste to Tinkerbell tattoos. Marketing at it’s best eh? In fact even right now my daughter has a Tinkerbell Toothbrush of some unknown fairy I’ve never heard of, until now.

The movie starts out in England where Tinkerbell is captured by a young girl named Lizzy. Lizzy isnt trying to do her harm but more so study her, and of course they become the best of friends otherwise it wouldnt be a Disney movie. However, Tink’s fairy friends hear of her capture and set out to rescue her. All the while Lizzie’s father becomes the culprit, or antagonist if you will. It’s a story of charm, and daring action trying to rescue Tinkerbell when at the same time its a story about the first developing friendship between Tink and a human. Girls of all ages will find this film adoring and I’m sure be completely stuck to the tube when watching. The animation is once again spectacular with even more attention to detail. Tinkerbell is definitely here to stay, and perhaps next we’ll see her on the big screen!

With the invention of blu-ray and 1080p transfers it’s very hard to rate down a cgi film in the video quality department. Tinkerbell and the Great Fairy Rescue on blu-ray is no different than last year’s Tinkerbell rendition. We covered it last year, and we’re covering it this year and once again it’s nothing short of eye candy bliss. The colors are immaculent and a great choice at that, it’s eye popping in full effect. The kids will love it and you’ll actually be more entertained when viewing something so awesome in the sense of video perception. Disney once again knocks this one out of the park. 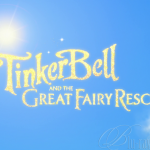 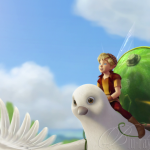 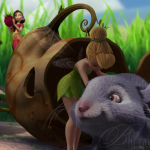 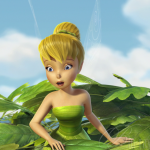 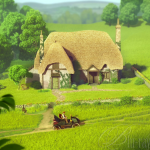 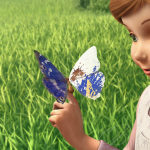 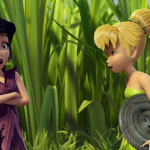 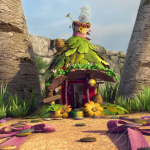 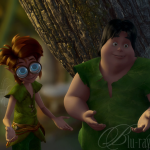 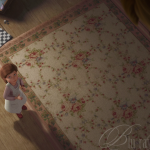 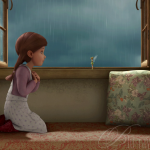 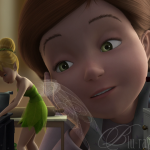 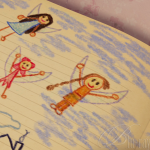 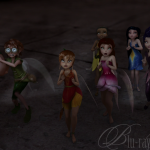 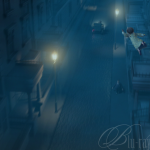 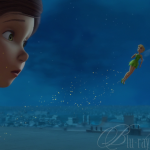 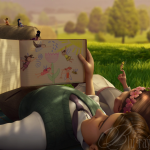 On first thought you’d think it’d be hard to judge audio quality on a film such as Tinkerbell. However, with the many sound effects and dialogue it’s really not so hard. There’s actually a lot to go by, including a very nice and fitting soundtrack for a film of this nature. (a wonderful DTS HD Master 5.1 surround track) Once more, this coupled with the video quality is a sure fire win in your children’s hearts. Well, that is if they are girls. :p Tinkerbell and the Great Fairy Rescue has a more than average audio track. It’s tightly mixed and you can tell it has a good master. Its very front heavy, though I thought they could’ve utilized the rears a lot more.

Thankfully the edition came with a DVD since everything else in the supplemental department wasn’t so much. The disc contains the following:

Many times with animated films I almost feel like the bottom line is pointless. Hold up, hear me out. Most animated films are kids movies, and the video quality always rocks. The audio quality however could not be up to par, but with Disney releasing the majority of animated films they always do a great job. I’m actually curious to see if we can find an animated blu-ray with crap video and audio. Anyone? Heh, well before I ramble too much let me just conclude with saying the video and audio were extremely awesome for this film. Tinkerbell is back at it again and at her best so the kids will love it regardless of the audio or video. However, the great audio track and video quality will make it much more easier for you as an adult to sit through this with your children, nieces, nephews etc. The supplements could be a little more thicker but you get the dvd version included which is always great for easy accessibility. For any Tinkerbell or animated Disney fans, we at Blu-ray Entertainment Center recommend this blu-ray release.